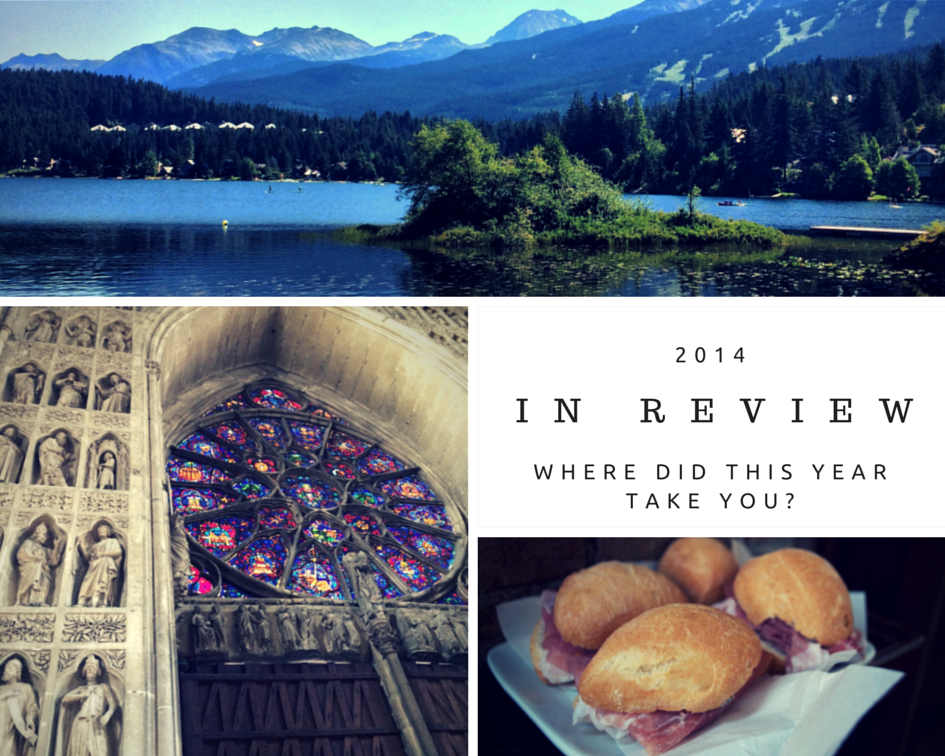 How is it possible this year is already coming to a close? It’s time for a look back.
This is 2014 in review.

This year has offered opportunities I had only dreamed about when beginning The Wanderfull Traveler in 2011. 2014 brought me a return trip to Venice, a first time to Paris and an deliriously happy memories to last me a lifetime.
What 2015 holds for me I am not sure. No trips have been planned with any amount of certainty but I happily invite the new year expecting surprises and new journeys. But until then let’s take a look back and be thankful for what 2014 brought me, and in turn you.

I ventured into new media…Video!

In the beginning of 2014 I tried my hand at video to accompany a few of my blogs. Some were successful, while some not so much but I am still trying at it.
I was able to capture the snorkeling adventures on either coast of Oahu while also exploring my own Kelowna downtown food scene.

See more of my videos here.

I made my way to France! A destination I had long dreamed about since I learned there was such a place. While my time there was a bit rocky (a bad travel partner & a temperamental apartment) I had a great time exploring the streets I first came to know through movies and the tales my French professors told longing for the freedom of their youth.

I was also able to visit Veuve Clicquot in Reims and got lost in the world of Marie Antoinette at Versailles.
More about my trip to France here.

I returned to Venice

My second trip to Venice not only rekindled my love of the city but has inspired a novel I am writing! 2014 is the first time since I graduated from university in 2012 that I have buckled down and began to seriously write again. I hope to have it completed by the end of 2015. Maybe you’ll see it in a bookstore near you in 2016?
See my Venice apartment here.
Read about my passion for Venice here.

And I returned to Whistler

Bears, BBQ and Biking. Does anything sound like a better Summer getaway than heading to the mountains for some much needed time within the natural elements?
Read about my time here.

Some people ask why I keep going back to Vegas but it is never the same as when you last left it. It flips more times than a stripper on a dance pole. In November I was able to dine at Gordon Ramsay’s Steak Restaurant for the first time and explored the newly added Linq Promenade. With this new addition you can bowl until the wee hours of the morning, take in an intimate show with a classic rock band, check out the Polaroid Museum or get a birds eye view with a glass of champagne in your hand atop the High Roller (Vegas’ answer to the London Eye).
Check out more of my time(s) in Vegas here.

I returned to my childhood home

This seems like it was the year of “going back.” Back to Venice, back to Whistler and back to my old hometown. This year I was able to show you around Prince George, BC with Tourism Prince George. I walked some familiar paths while exposing the newly developed food scene.
Check out the postcards from my trip here.

I braved a night alone in an old home located upon a historic Hudson’s Bay Fur Trading site. The people were nothing but enthusiastic to have me and tell stories and function attached to each perfectly preserved building.
Read about it here.

Thank you for joining me throughout 2014 and let’s see what kind of trouble we can get into in 2015!

Where has 2014 taken you?
Answer in the comments below.