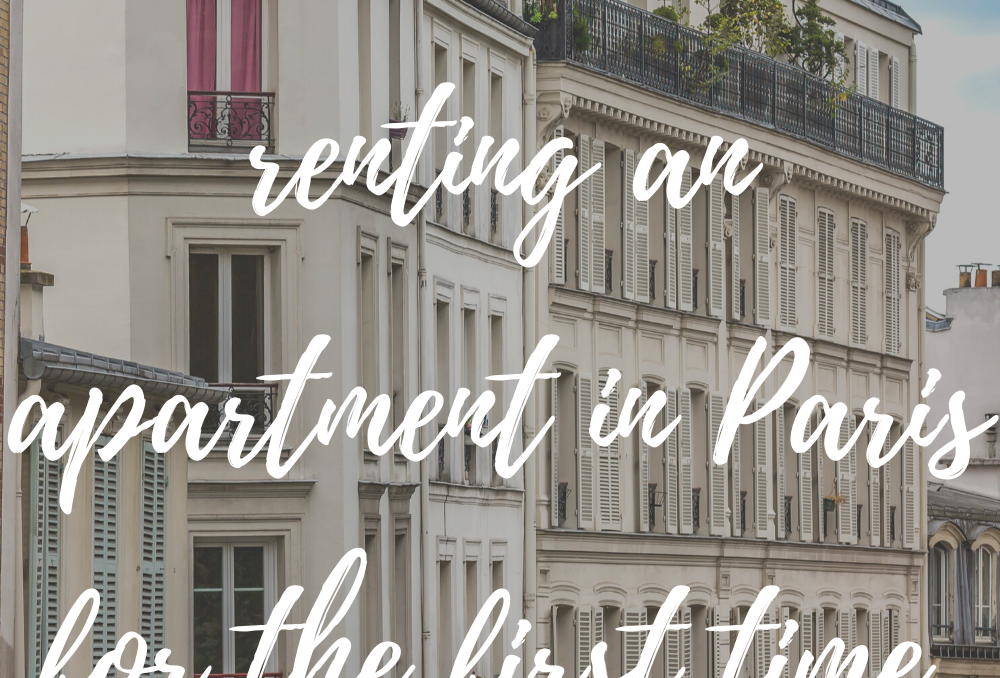 Everyone has imagined what it would be like to live in another city or foreign country. I’ve always imagined myself in Paris. Having grown up in the French immersion education system here in Canada you naturally imagined traveling to Quebec and France.
I’ve watched a ridiculous number of House Hunters International episodes and my favourite episodes were located in Paris. So when my dream finally came true I was dead set on renting a Paris apartment to stay like a local. But I was unaware of the baggage that can come with an apartment in a city of the old and new. Most Paris apartments do not include spacious airy floor plans with parquet flooring, a narrow balcony high above the streets and an air conditioner like I believed.

As I discovered if you want to live like a local in Paris you might get more than you bargained for.

In working with GowithOh during my Venice to Paris #GwOGourmands trip this past Summer I had my choice of Paris apartments that would accommodate 2 couples in the heart of the Marais. I believed I had struck gold with a quaint apartment equipped with a small kitchen, small living space, small bathroom, and beds lifted above our heads (imagine floor to ceiling bunk beds but without the bottom bunk). Like most spaces in Europe every nook and cranny was maximized as storage to make the most of this small apartment. I was aware of the space issues. This was not my first rodeo in Europe.

My traveling partners on the other hand weren’t ecstatic about the space but ideally we would be spending little time in our tight Paris apartment anyways.

There were some great aspects of local living while in Paris for two weeks and I thank goodness GowithOh was there to see us through the bad times. So here’s my humorous look at the pros, cons and gone wrongs of my experience of living local and renting a Paris apartment in the city of love.
Because if you can’t laugh at yourself then you really shouldn’t travel…

PROS – see video below for all the lovely Pros!

– Saving money on an authentic Parisian apartment is great for group travelers on a budget. Not only is a GowithOh apartment a better deal than a hotel but you’re also getting a glimpse of local living without taking the plunge of uprooting your life. Also, you save on dinning out – groceries are a better way to go and you get to shop with the locals. We became chummy with our local wine merchant and small grocery shop owner which makes me want to return to that neighbourhood the next time I decide to go living like a local in Paris.

– Having a full kitchen equipped with fridge, oven, stove top, and all the Parisian accoutrements was ideal for couples constantly on the go. We could store fruit that kept us satisfied when one of us was in need of a pick me up while others weren’t. Basically you don’t have to go out every time you find yourself hungry, thirsty or just in need of a light snack.

– You have to make your own bed, do your dishes and clean up after yourself. No hotel maid here. If you’re traveling with people who aren’t normally tidy then you might have a problem.

In which case refer to my post about how to choose a traveling partner.
Another pitfall, you’ll probably have to share a washroom…Again, be sure to consult my post about who you should travel with!

– Air Conditioning is not an amenity that you’ll see in every European apartment, nor is WiFi. Be sure to choose your apartment wisely!

The buildings are old which means the plumbing can also be old.
For instance, we received a notice from our property owner that we should cease using the shower because the neighbour below us complained about water leaking into their living room. The property owner gave us the go ahead 16 hours later and we continued to use our bathroom after the plumber had supposedly fixed the issue.

After a long day of walking we come home to our property owner telling us we will need to vacate the property because leaking has not yet stopped. We packed all of our belongings in less than 15 minutes (a record time!) and bided this property fare thee well! While the property owner was less than apologetic, GowithOh found us a charming apartment in Montmartre in the midst of tourist season! Unfortunately it was our last two nights in Paris and we had engagements that required us to stay within the Marais which led us to book a hotel but GowithOh handled the situation with grace and were very helpful in our stressful evacuation.

We were told by a few locals that every Parisian apartment has their quirks. If that is true then I’d consider myself an honorary Parisian! We had bad luck when it came to our Parisian apartment but thank goodness GowithOh was there for us! We were victims of circumstance, ill timing and an uninspired property manager. GowithOh helped prevent a total disaster and have peace of mind. Thank you!