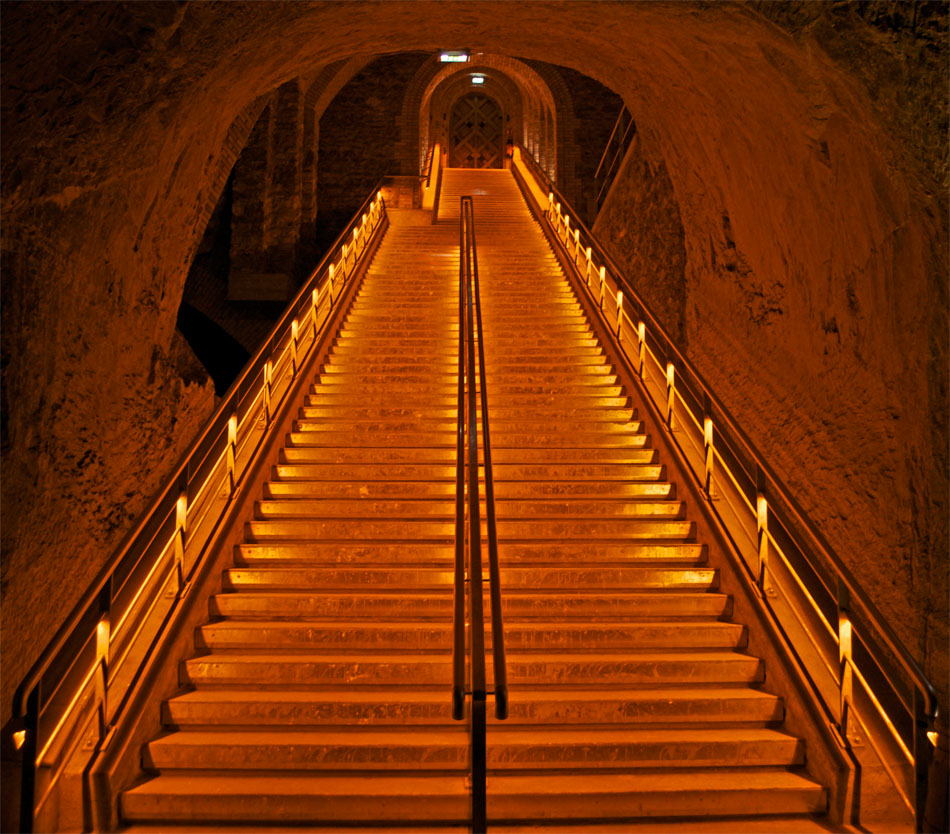 Things never quite work out how you planned them to be.
This is especially the case while traveling. Before departing Canada I had customized our own tour of the Champagne region for 6 people. I arranged the train tickets (Paris to Reims, Reims to Epernay, Epernay to Paris) with a stop at the Veuve Clicquot champagne house, Notre Dame Cathedral and finishing off at Moët & Chandon in Epernay. With an 8:30 am departure from Paris this was just not a practical itinerary for 6 people with lunch in between. Mostly because we were so taken with the city of Reims.

We began our tour of Reims by heading straight to Veuve Clicquot Champagne House. I have to admit I was a bit underwhelmed by the architecture and grounds of the winery. Coming from the Okanagan where natural views are plentiful and even the smallest boutique wineries have something charming about them, Veuve Clicquot’s visitor centre wasn’t that impressive. Being the captain of this itinerary I was a little worried that I was disappointing my crew. With one of our members often voicing complaints and not interested in Champagne despite his fake enthusiasm during the planning process, I was starting to dread the rest of the day. Little did we know the show stopper was below our feet.

It being July 1st, Canada Day back home, I was expecting the winery to be packed with tourists similar to what wineries are like back home. Not at all. The only people on site were those who over planned, like me, and made reservations 1-2 months in advance. Checking in at the front desk we sat in the “holding area” where videos played on rerun featuring all the rich and famous who drink Veuve Clicquot in only the most notable places at the most exclusive events. Our selected tour was the essential Veuve Clicquot experience called “In The Footsteps of Mme Clicquot” which included 1 glass of La Grande Dame and a 1 hour tour featuring the history of how Mademoiselle Ponsardin became Veuve Clicquot.

At 27 Mme Clicquot became a widow. There I stood a freshly made 27 year-old myself pondering what it would be like to support a child as a new single mother and inherit a business during a time when women weren’t taken seriously in any field of employment. Clicquot, as I’ve read, put motherhood on the back burner and built what would become a Champagne empire.

Now there I stood at the very age of 27 asking myself, What will my empire be? I have often felt like I have little time in the scope of life. I have always wanted to do many things only ever being able to narrow it down to the common theme of writing. Whatever I wanted there was always writing involved and still is. This blog for example has been enriching my life in the form of travel and in exchange being provided with (seemingly) endless material to write about. At the same time I work for my family’s at own established empire where I at times come up against the “boys club” mentality that seem to echo what I am sure Veuve Clicquot would have encountered though my experiences are not at all as difficult to overcome.

And then we descended into the cold caves of Clicquot. The crayères as they are know where every bottle of Clicquot you ever laid eyes on is aged. These caves have a long history serving as chalk mines during the Galo-Roman times around 1 AD. Further on in history during WWI and WWII the underground caves served as make-shift hospitals, information routes, a school for children hidden from the Germans. When you drink Champagne you truly are drinking history.

In each crayère there were plaques where a name and date was hung. These were the names of employees who worked at Clicquot for over 40 years now holding their own place within history. Our guide explained that when an employee celebrates 40 years with the company they and their family are honoured with a grand party in the caves and of course the Champagne they have dedicated their careers to.
We should all be so fortunate to find someone or something we would want to dedicate 40 years to. What that is for me is still in a haze of mystery but who knows? Maybe you’ll see my name in a book store (or kindle?) near you.

After we emerged from the caves I felt redeemed with my group of travellers. It was something that captured all of our imaginations and we could feel the presence of history bubbling up through the chalky walls – fleeting and ethereal like Champagne on your tongue.

Don’t miss a post by signing up for my monthly newsletter here.

Thank you to GowithOh for supporting my #GwOGourmands adventure no matter where I roamed throughout the French countryside. Accommodation throughout my journey was provided by GowithOh apartments.