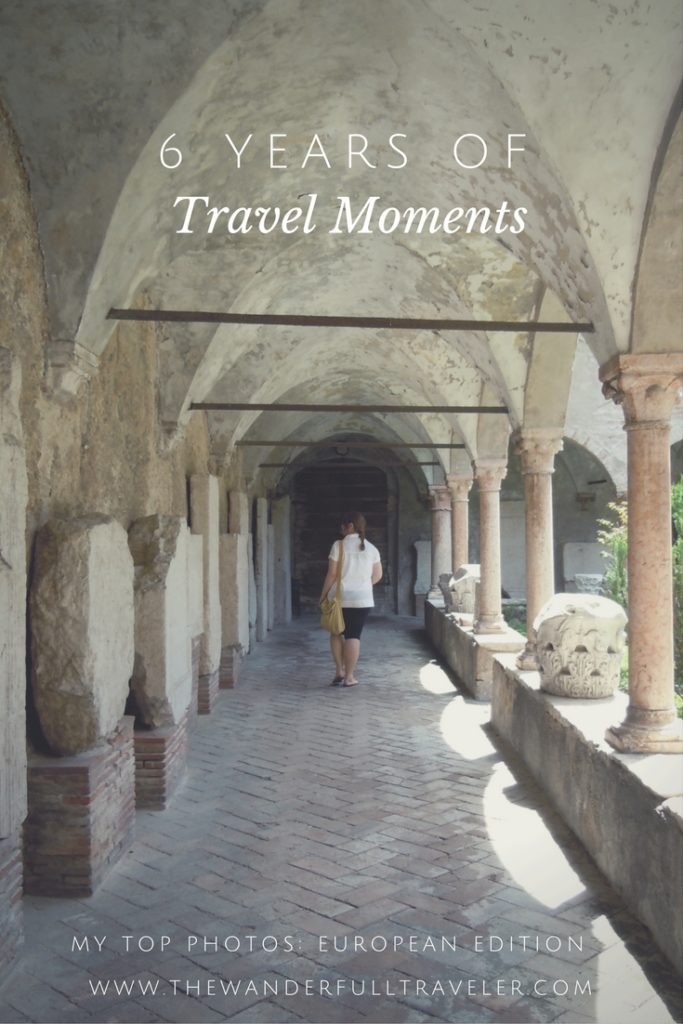 Life has been so busy lately I have barely had time to celebrate the year my website turns 5. It’s official birthday was in March of this year but with the redesign underway I wasn’t able to give it a proper post. This week my family was rooting through images looking for suitable photos to put in the wedding slideshow. Nostalgia abound and got me thinking I should do a roundup of my favourite photos for each destination I’ve been. For this post I am focusing on the European destinations I have visited and loved. There’s at least one hundred photos for each destination but these are my very favourite and some of my best travel photography over the years. You can also see my development as we go on.

I think what these photos reveal now looking back up to 6 years ago, these photos aren’t directly something that we expect. They are the unexpected or alternative views or they reveal difficult shots to get in popular spaces that are often overrun with tourists.

If you want to know the story behind each follow the link!

In 2010 I first ventured overseas away from North America for the first time ever. I was a mere twenty-two years old and studying art history and creative writing. What brought me abroad was a four week study program in the Veneto region of Italy but not before traveling all around the rest of Italy with my now fiancé (soon to be husband next week!).

We first went to Capri and befittingly the story of our visit turned out to be one of my first posts on this site.

Rome was a bit of blunder for us. It was so spread out and as our home base for two inexperienced travellers it was a bit of shock to the system. We spent more, got harassed more and recovered from jet lag slowly but surely. I did everything wrong in Rome. On our first night I went out to a random pizza place (thinking we could get a few slices to go) dressed in jeans and a Star Wars t-shirt with no makeup. I was exhausted and just needed a quick bite.

Today I would like to give Rome another chance.

Florence was one of my favourite cities and was a relief after Rome. It felt slower and quaint with much of the city being in walking distance. I was also happy to discover that Florence is more regulated with their cab companies – not as expensive as Rome and no “unofficial” cabbies trying to scam you.

San Gimignano was a fabulous day trip from Florence. We arrived in time for breakfast early enough to avoid the hoards of tourists blocking our views of the Tuscan country side. Sigh…I want to go back!\

Venice is still one of my favourite cities and I was able to spend approximately 7 days there overall. It is so worth staying for more than a few hours. While cruise ship passengers flood the city from 10 am to 4 pm the city gets much quieter at night and it is a wonderful place to get lost. You haven’t been to Venice if you’ve visited by cruise ship. You haven’t been to Venice if you only stay for a few hours. You have to hang out for at least a few days to get to the root of the city and discover why she is so great!

Verona became my home base after my study program departed Venice. It was a charming city and we arrived just in time for the kickoff to the opera season. One of my most cherished memories with the gals! But there were also plenty of historic sites off the beaten path with no tourists in sight and equally as important as some of the famous architectural gems of Italy.

Vicenza is so worth a night or two of your Veneto itinerary. It is small and a good hike away to Andrea Palladio’s La Rotunda. Simply gorgeous with friendly people and amazing food that is sure to be a hidden gem for anyone who visits.

Mantova holds a special place in my heart because I was assigned to do a presentation of the in the Palazzo del Te of the Sala dei Giganti. I snuck in before everyone else to finally see the room I had researched for the months before departure to Italy. It was breathtaking.

Bologna was the best place to indulge in pasta, especially stuffed pastas. In the middle of a hot summer I normally wouldn’t indulge in a pumpkin tortellini but I was famished and in the city that boasts its creation you gotta try it!

Paris was a dream finally come true after years of dreaming about it and being enrolled in French Immersion for the first 8 years of school. I can’t wait to return one day and explore more of this city on a slower pace.

I still can’t believe I was able to grab a shot of Versailles with no people around me – there were tons but they were hiding from the hot sun in the shadow of the palace’s amazing architecture.

Reims, the heart of the Champagne region was a blur of delicious food, impressive architecture of the Notre Dame de Reims and of course plenty of Veuve Clicquot to go around with the special tour we took!

I loved Ireland so much I am going back for part of my honeymoon. I decided it was just too special of a place not to bring my  husband. During my first trip my sister came to meet me in Dublin after I attended the BlogHouse intensive program. We had an exhausting blast because I wanted to see it all. It was a whirlwind of 5 days but so worth it (at least I think so…my sister on the other hand).

Aside from Dublin, we traveled extensively to the countryside visiting at least 6 towns and so many historic sites. Glendalough was one of my favourite stops. I could have spent a whole day here but only got 3 or so hours. The sun came out and the rain clouds dissipated..or at least awaited us back in Dublin.

In the little town of Bansha lies an adorable castle where you can stay with friends! I stayed here to study blogging and found a lot of good people I still keep in touch with. If you decide to stay check out Nelly’s Pub.

The Rock of Cashel is not to be missed if you’re visiting Ireland. I would recommend you drive there because a tour just doesn’t allow enough time to explore the area. I got lost and we almost missed our bus to Blarney because of it!

Kissing the Blarney Stone…Yup I caved in and became a big time tourist for the day. I loved it. Climbing the spiral staircase to the top and peering into the tiny eroded rooms was ethereal and allowed a glimpse back in time. Not to mention the awesome fish and chips we had!

Kilkenny, much like all these European towns, is picturesque and quaint. We had enough time to sneak away from our tour and discover an old cemetery and a church in the midst of restoration.