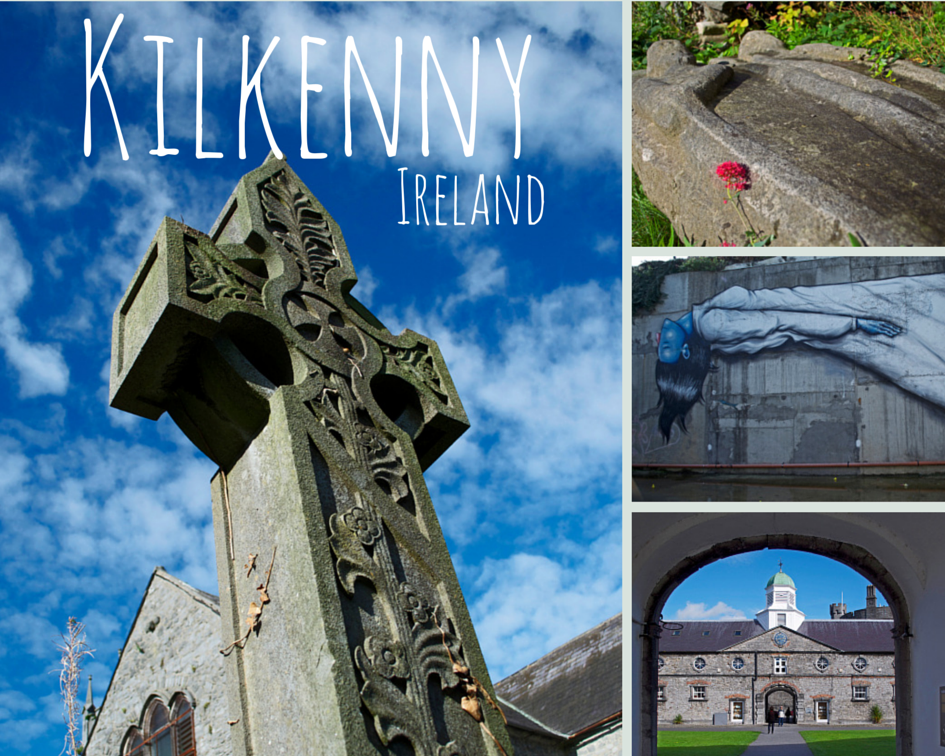 Have you ever spontaneously visited a country you least expected? That was the case more than one year ago for me. I submitted my application for Bloghouse by Navigate Media half expecting not to be accepted. Two weeks later I get the news to book my flights and arrange a stay in Dublin for TBEX Ireland.

The year has flown by and I find myself looking back longing for Ireland again. While I am in no budgetary position to fly back right now, I am nostalgically flipping through photos becoming lost in the sense spontaneity that I had at the time. I was proud of myself that I could and did hop on a flight to Ireland within 2 weeks of receiving the news. This is as spontaneous as I get save for the rare occasions that I head to Vancouver or Seattle to catch a hockey game with only 24 hours until departure.

Ireland was my first freeing experience where I both ventured off on my own and practically knew nothing about the country I was visiting. Usually I do an exhausting amount of research but not this time. Instead, my only source of direction was my DK Top 10 Dublin which I found useful for its map and figuring out which restaurants fit within my budget and within my area. Otherwise I threw caution to the wind, got blistered feet walking the streets, tried haggis and soda bread and learned to be alone in a restaurant.

I remember one moment especially vividly. I found myself in Kilkenny, a small town you might only know for its beer. But lesser known to the average traveller during the month of October it becomes a place of superstition, supernatural folklore and probably one of the best places to be for Halloween.

After exploring the long standing Kilkenny Castle, built in 1195, I was looking for something more macabre that cool October day. The sun was out and the small town below the castle looked inviting with its colourful connected gingerbread buildings, various church tops reaching for the light of day and the River Nore that cuts through the town to arrive at the edge of Kilkenny castle cliffs.

It’s clear that everyone who arrives in Kilkenny is there to tour the castle but after touring the ruins of the Rock of Cashel, the Blarney Castle and the surreal Glendalough I was ready to see people living within history. Ironically, I only found the dead.

Dipping down into the town from Kilkenny road I gravitated toward the first church I saw. Not anything grand like Kilkenny’s St. Mary’s Cathedral – an Early English Gothic cathedral with architecture that reminds me of a crown fit for a serious kit skilled at swordplay.

No, as intriguing as it looked, I gravitated toward a modest church being restored at the time. As the construction workers lulled for a lunch break the grounds became quiet. No city noise, no tinkering of work boots climbing and descending ladders in the distance. Not being able to go inside the small church for fear of being without my hard hat I toured the cemetery contouring the building like a moat.

The cemetery, much like the church, was in decay.
Headstones overwrought with twisted vines.
Tall grass enveloping the eroding stumps that have become the oldest of the tombstones.
And yet amidst the cemetery there were signs of life. Signs that people still cared and nature still nurtured.
Fresh cut lilies set within a vase that has accompanied the headstone since its erection. Small pink flowers crawling over a tomb of lovers laying together for eternity. A scene both macabre and eerily beautiful.

A photographers dream, I explored each portion of hidden deathbed from various angles each edge revealing something new. Finally, I was broken from my shutter crazed trance when I stumbled upon another photographer roaming the cemetery. He, in his sixties and dressed in khakis, was a stark contrast to me, twenty-something skinny jeans and sunglasses perched atop my head. We each stopped photographing and analyzed each other as if we caught the other doing something a little bit wrong. Were we? Is it wrong to appreciate the dead? Their names carved in stone now wearing away with the cruel Irish weather. Wrong to immortalize them through pictures? Some of these people lived so long ago that they may not have ever seen a camera in their day.

The photographer and I nodded at each other and continued exploiting our little discovery. We, in a way, were explorers away from the crowds who only come to hear tales of the witches who allegedly poisoned their husbands and a quick tour of the castle founded by Vikings. Here we were, finding something more that made us think a little bit more heavily about time, both our own and those that lied beneath us. What is all meant that day we could only surmise but it felt oddly comforting to know that a stranger from the future could appreciate you after death.

Don’t miss a post by singing up for my monthly newsletter here.