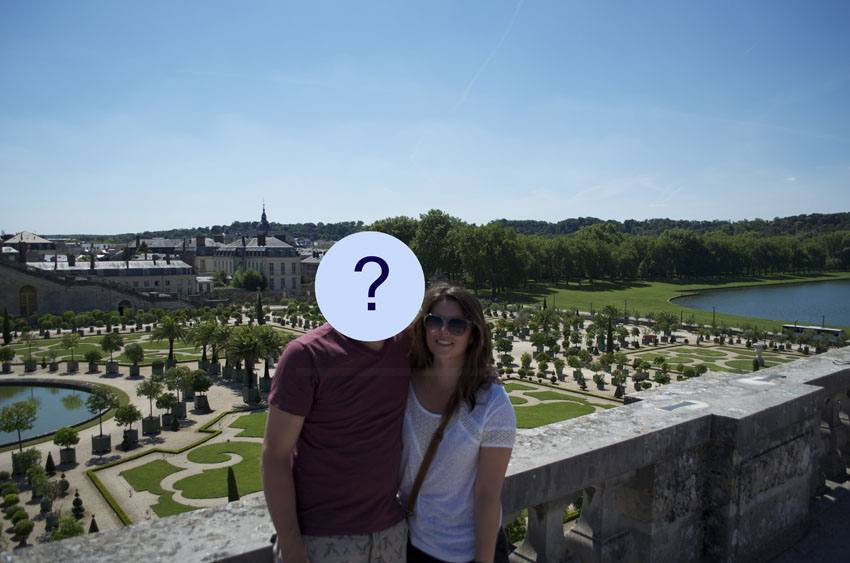 My Venice to Paris campaign was a culmination of many things for me: It was a completion of a long time dream to discover Paris. An opportunity to share Venice with my sister, a place where I first fell in love with Italy. A step forward for me as a writer and blogger covering tours, apartments and providing video for travel companies that I have dreamt about working with. And finally, it was a time to make memories with those I was travelling with.

But what if the person you are traveling with isn’t who you thought they were?

Like a crystal ball travel reveals all. Want to know who a person really is? Take them away from the comforts of home.

Who this person was hardly matters. He’s an ex acquaintance to us now. I worried before departure about sharing a journey with him. I felt uneasy about staying in the same apartment as him full well knowing a few of his negative traits that had peaked through his façade throughout his year long relationship with my sister and family.
And yet, this trip of 13 days would be the longest duration of time any of us would spend together to date. Normally we would limit exposure to 3 hours. These were red flags that I ignored. Not only because I wanted my sister to come along but frankly I didn’t want to ruffle any feathers before leaving and insuring my worst thoughts. He was my sister’s choice of traveling partner, what could I do?

How did someone who claimed to be excited for our European adventure turn so sour within days of leaving Canada? It was a slow and steady melt down.

The decay began in Venice.

The warning signs started to glare at me as this person’s hangovers would debilitate him to our apartment unable to leave for fear of throwing up in public along the narrow alleyways or into the canals.

Furthermore, throughout our exploration of the city he was preoccupied with trivial matters that ended up being unsolvable until our departure. It was a waste. He wasn’t present throughout our trip. Absent minded and selfish as the vacation charged on wether he wanted to be apart of it or not.

As the trip continued in Paris, a place I had dreamt of visiting for years, the rudeness continued on. More hangovers, more pouting. There were 4 days where he hardly said a word to anyone blaming it on a sore throat which could only be cured by €20 scotches.

There was no communication. He stopped talking and instead became a black cloud. We tried to engage but he assured us nothing was wrong. I compare it to a pick pocket, emotionally draining and with him hardly ever reaching for his wallet to help pay for meals that analogy isn’t far off.

So how do you avoid experiencing this abroad? It’s a very expensive way to find out you don’t like someone. So here is my attempt at humour along with a few tips to figure out if you really want to bring someone along. Wether it is your brother, a new friend, aunty’s boyfriend or cousin these tips should help you out.

1. Take them out to dinner

If conversation is flowing and they offer to pay (if not split the bill) then they should be fair travel partners you won’t have to constantly foot the bill for. If, however, they avoid eye contact and simply wait for you to pay then you should think twice.

This is also the case if you host dinner. If they don’t bring anything for the host then they probably won’t help out with groceries or be helpful in the kitchen at your vacation rental.

Do they help clean up after dinner? If not, that’s further warning to skip them.
If they don’t exude basic manners in everyday life then they won’t in a foreign country.
Say sayonara!

2. Offer to take them to a Museum/Art Gallery/Rock Climbing/Wine Tasting

Whatever you intend to do a lot of during your trip try to mimic it before you go with the person in question. If they show genuine interest, ask questions, and show signs of passion then you should take them. If they are disrespectful toward your passions they probably won’t find a new appreciation when you get there.
Try to do this with most of the people already coming on your trip so that connections are established before going. If the majority of your travel group didn’t enjoy the person’s company or attitude then nix ’em.

Alternatively if you do bring them, try to see if the person has ideas/interests of their own so that you can include them into the planning of the trip. If you ask for their opinions/interests/expectations of the trip and they shrug saying, “I’m down for whatever” they probably won’t be when the time comes to experience something they aren’t interested in.

This is a good meter to see how the person will act while away from home. Granted, you can’t mimic a new culture, traditions and the environments that come with traveling abroad but this trip will expose a few personality ticks. If there are any glaring ones that really bother you then do not take them.

Are you traveling with people who have similar experience levels? You should. In my case all of my travel partners have been to Europe before so we were familiar with potential issues that could arise: the language barriers, pickpockets, hidden expenses, and general spontaneity that arrises with travel.

I did my research and was prepared. However, the “newbie” joining us was new to Europe and travel in general for longer than the duration of a long weekend. Budgeting is different. Pacing is different. And as a Canadian, European travel is very different. It can be stressful at times and even a shock to some but you must roll with the punches. If you don’t it can break a relationship.
For certain personalities who are inexperienced travellers small problems can become larger than they need to be and can end up being a detriment to the entire trip. Plus travel can make people cranky.

Have you ever listened to the couple trying to find a washroom in Europe then finding out they have to pay for one yet they have no change? Or a tired family trying to figure out how to buy metro tickets after a long day of touring? Crankiness comes and goes – I am guilty of this – but it is how you handle the aftermath. Apologize and move on…

5. Trust in your instincts and your travel partners’ decision

If they say no accept it and move on.

There’s no sense in arguing for someone then having them come on the trip only to have a bad time. Your travel partners will look to you to handle any issues that arise with the person.

You’ll also be stuck with the person on days the group wants to split up and avoid said person. And finally depending on who you choose, after the trip it may be you being evaluated to join the next vacation so choose wisely.