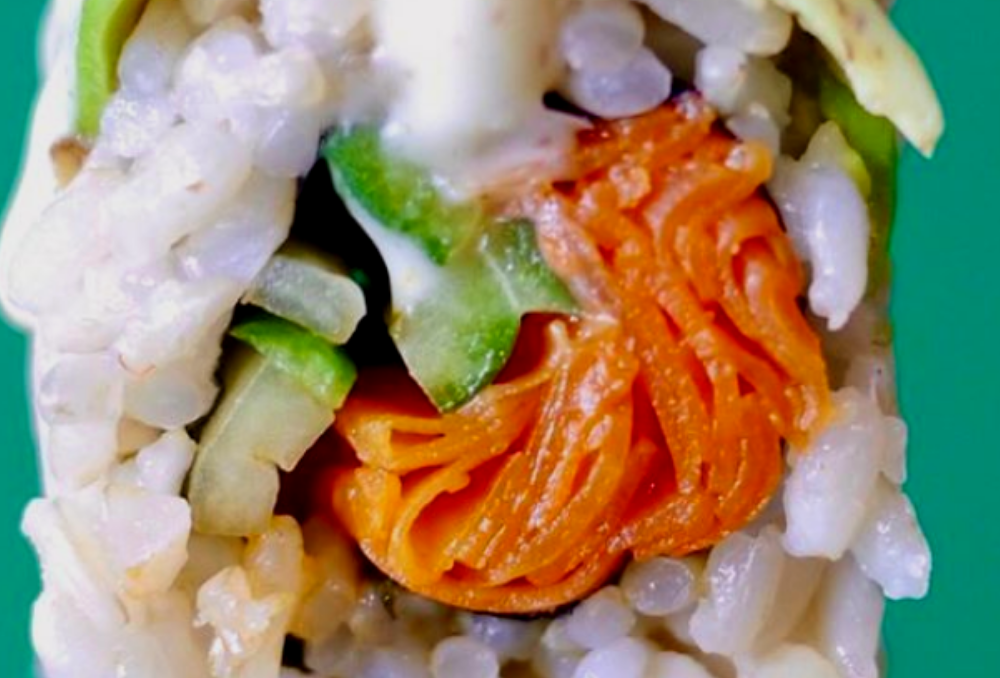 These are Kelowna’s best vegan restaurants that bring this carnivore back time and time again!

It’s definitely no secret that I am not a vegan but I don’t have any problem trying new things, even if they are vegan! Kelowna has many new restaurants establishing themselves within the community each year, many of which are offering plant-based menus. Here are my top 7 of Kelowna’s best vegan and plant based foodie stops.

As always, I have selected locations that aren’t popular commercial chains but locally owned and operated small businesses.

1. Frankie We Salute You!

One of Kelowna’s most stylish and hip new foodie hangouts is Frankie We Salute You!. The husband and wife team, Brian and Christina Skinner, behind this new plant based restaurant hails from Vancouver and previously co-owned Acorn. Looking for the je ne sais quoi of the Okanagan lifestyle and affordable restaurant venues they chose Kelowna to open FWSY! and how lucky we are.

The chickpea fries and delicious Frankie buger  always calls me back but they have an ever changing menu that includes vegan sushi, gorgeous plant-based desserts and cauliflower wing Wednesday that will convince any carnivore to consider eating their greens first.
Bonus, FWSY! makes an appearance on the Food Tours Kelowna Landmark District tour!

Another 100% plant based menu from a chef who has worked at some of Vancouver’s and Kelowna’s best restaurants. This is comfort food all the way so if you think eating plants is all greens and healthy, try the plant based corn dog! This is definitely a coveted location featuring Kelowna’s best vegan dishes!

The menu isn’t 100% plant based, far from it, but Krafty Kitchen is well known for their vegan options from their weekend hip hop brunch to late nights. Try their WILL.I.AM is Vegan benny for brunch or classic vegan brunch bowls. For dinner, general Tso tofu, the jackfruit “crab” cake and charred caesar will keep your vegan belly happy.

New to the lower mission area is The Vegetarian Butcher. Everything is made in Vancouver and 100% plant based. See them as the modern vegan’s solution to a “butcher.” They offer vegan cheese, soups, stews, dips and plant-based patties to take home among many other delicious items. It’s now easier than ever to become vegan!

100% plant based vegan menu with plenty of gluten free options at a charming little cafe in downtown Kelowna. This is my sister’s favourite place to grab a bite when she is looking for healthy comforting food – FYI my sister is also not vegan but loves vegan dishes done right!

Despite the vegan trend being relatively new in terms of North American food culture, India and Thailand have been doing it for centuries. Made in India has lots of authentic Indian dishes made for vegans.

One of my favourites for both vegan and non-vegan options is Zabb Thai Restaurant. Although they are not currently allowing for dine in visitors, they do still allow for take out and delivery during the pandemic. The pad thai is the best in the city and many dishes can be made into vegan options with tofu. This is another one for your carnivorous and vegan friends to gather together in foodie harmony.

Added bonus: Not in Kelowna, but Lake Country, check out The Salty Caramel Kitchen for a 100% plant based menu featuring incredible sweet and savoury items from gorgeous cakes and cookies to breakfast and sandwiches.