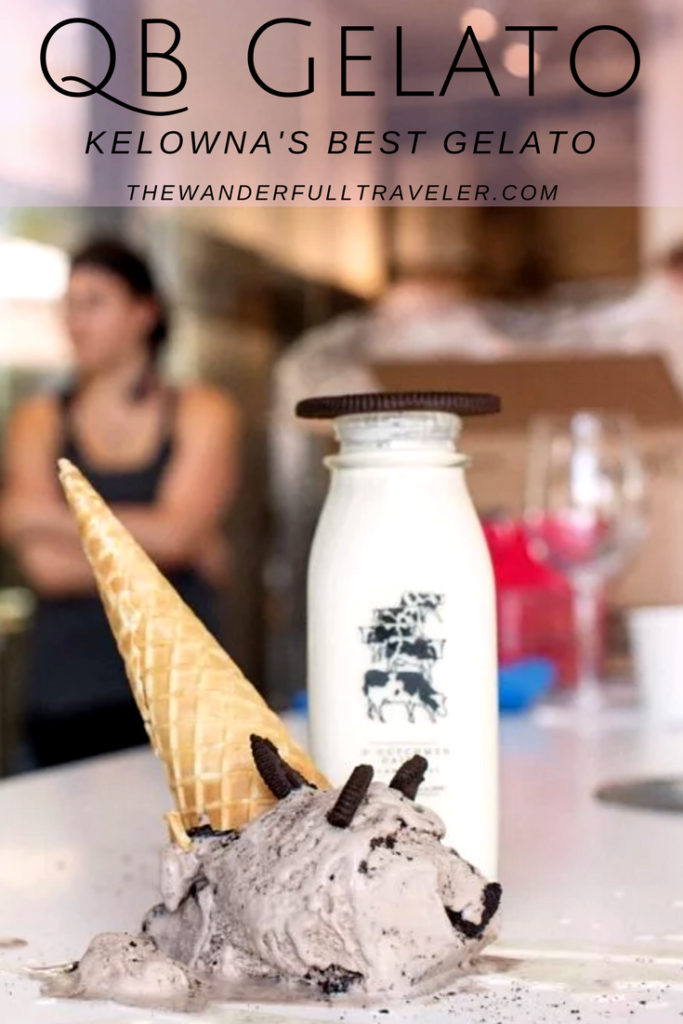 I credit my very first trip to Italy to be an education. Not only did I learn about the nuances between the Venetian artists during the Renaissance but I also learned about food and wine. Right along side historical gems I would sip my first Bardolino wine in Venice, dive in to my first gelato in Rome, twist my first fork full of pumpkin tortellini in Bologna, sip on true limoncello in Capri, bite into my first Florentine steak in Florence, you get the picture.

I brought these cherished experiences home with me disappointed in the fact that, at the time (2010), I couldn’t find much of these dishes here in the Okanagan. But then again, my home valley seemed to have been evolving just as I did. Soon after my trip to Italy, Kelowna started to have it’s own gelaterias pop up, suddenly I could find Aperol in the local liquor store and arancini is now a thing – seriously, my worldly friend from elementary school is Mr. Arancino in Vancouver!

Kelowna is still a young foodie town at heart but business is booming and the new kid on the block is QB Gelato.

The owners of QB, Kevin and Victor, are legit having learned all about gelato from its mecca, Bologna, Italy. So what does QB stand for?

That classic Italian adage, Quanto Basta! Meaning enough – never take too much and not too little but just enough. Quanto Basta, in the context of gelato, is more of a warning – try if you dare but it is difficult not to order too much gelato!

“CLASS IS IN SESSION!” …. but SOOOO much more fun than what you may recall. March 15th, 28th, April 5th and 18th! The last four classes of the 2017/2018 season before we break for the SUMMER season! Register now as classes have a maximum 6 participants. Registration is available through the QB FaceBook page or on Eventbrite or CALL us. Don’t delay – act today. Look forward to seeing you in class!!⠀ ⠀ #cookingclass #cookingtips #teambuilding #gelato #funtimes #foodpost #kelowna #okanagan #kelownaeats #kelownalife #tourismkelowna #explorebc #okanaganlife #foodblogger #food52 #foodie_features #datenightylw #hellokelowna #kelownaconcierge #okanaganbucketlist #dessert ⠀ ⠀ Located @landmarkvillage_ylw – we are dedicated to #handcrafted #madelocal #localkelowna #supportlocal #madeinhouse #veganoptions #locallysourced

Kevin and Victor, in addition to their gelato, have been offering classes a few times per month in order to educate the public about this popular treat. Our culinary class was for 4 students and we all had a front row view in the kitchen. We even lended a hand to Kevin’s dismay but we tried our best.

The class was kicked off with tastings of the simple ingredients, all local (as much as they can be) such as sugar variations, chocolate in its various stages including 100% pure, quality peanuts from Virginia, pistachios from California, and all those ingredients over again but within their gelato.

Sadly, Kevin broke the news to us that most of the gelato we have been enjoying has been made, mostly of powered flavouring. These powders can come in various high end brands too but it’s mostly why your pistachio gelato is a vibrant green. He estimated that 95% of the gelaterias use the powder rather than fresh ingredients like his own. Using fresh ingredients has their challenges as well which includes a shorter shelf life, should it last that long. QB gelato should be consumed within a week or two of purchase date.

Come experience our passion of gelato at ‘Behind the Scenes’ classes in the QB Gelato kitchen. Its part gelato making class, part info session, part science lesson, and lots of tasting of great ingredients! You’ll get to see what goes on behind the scenes, meet Victor & Kevin and we’ll let you in on a few of our gelato secrets. At the end of it all you’ll bring home a 1/2 Litre to indulge in. Tickets are still available for MARCH 15th & 28th classes. More information and Bookings on-line at https://buff.ly/2FXOcYm – PRIVATE group bookings can be made by calling us direct (minimum 5 people) – UNIQUE birthday, family, friends, corporate team-building night-out.⠀ ⠀ Located @landmarkvillage_ylw beside @dunnenzies @glowjuicerykelowna and @landmarkflowers⠀ ⠀ #cookingclasses #gelato #birthday #corporateteambuilding #foodpost #kelowna #okanagan #kelownaeats #kelownalife #tourismkelowna #explorebc #okanaganlife #foodstagram #foodblogger #handcrafted #madelocal #localkelowna #supportlocal #datenightylw #madeinhouse #dessert #veganoptions #locallysourced #hellokelowna #okanaganbucketlist #kelownaconcierge

Unlike much of the ice cream we buy at the grocery stores, QBs gelato is made weekly. Grocery store ice cream can be up to a year or more in age and is why I’ve been finding ice crystals formed on my newly purchased ice cream.

Aside from the tasting at QB, you also get to be interactive. The class made QB’s signature berry cream cheese gelato all made from scratch and that includes his starter! Many gelateria’s purchase their own starter as it takes additional time.

Once complete, while you wait for the gelato to mix into a smooth yet cold cocktail of deliciousness you also get to select your own 1/2 pint of gelato to take home. Very cherry? Green goddess? Butter and burnt sage? The options are ever changing and endless. I’m a fruit forward kind of gal so I opted for cherry, a delicious treat for a pregnant lady to binge on!

After our selections had been made we sat down to the main event, two desserts featuring gelato. QB doesn’t just make gelato but on this occasion they also made sour cream waffles to pair with the berry cream cheesecake gelato as well as the green goddess gelato.

Additionally we were presented with a savoury bread pudding brightened with cranberry and burnt sage butter gelato. You can find even more treats such as gelato bars. With the success of their Valentine’s Day dessert specials you’ll be able to enjoy baked Alaska and chocolate blinis without a culinary class booked.

I’m proud to have establishments like QB rooting in the Okanagan. Kevin and Victor, originally from Vancouver, selected Kelowna as their home base because it is close to the source of many ingredients. As I’ve said before, the Okanagan is the cornucopia of Canada where the best fruits within the country grow.

It is places like QB and people like Victor and Kevin that are helping to create a foodie community within the Okanagan. Both locals and visitors can attend these classes and gain a better insight of what really goes into their food and in this case their gelato. This doesn’t only include their specific ingredients, which are meticulously acquired, but also their relationships with local vendors and farmers. The Okanagan is a community of foodies when you get down to it. We are all passionate about our food, farmers and supporting local business. If you live in the Okanagan and haven’t experienced this perk of living here then you simply haven’t paid attention. Food is flourishing here and it’s just a matter of jumping on board. Attend a QB class, grab a gelato, visit a local (non-chain related) restaurant and experience how much the Okanagan values its foodies and the land we are fortunate to call home.