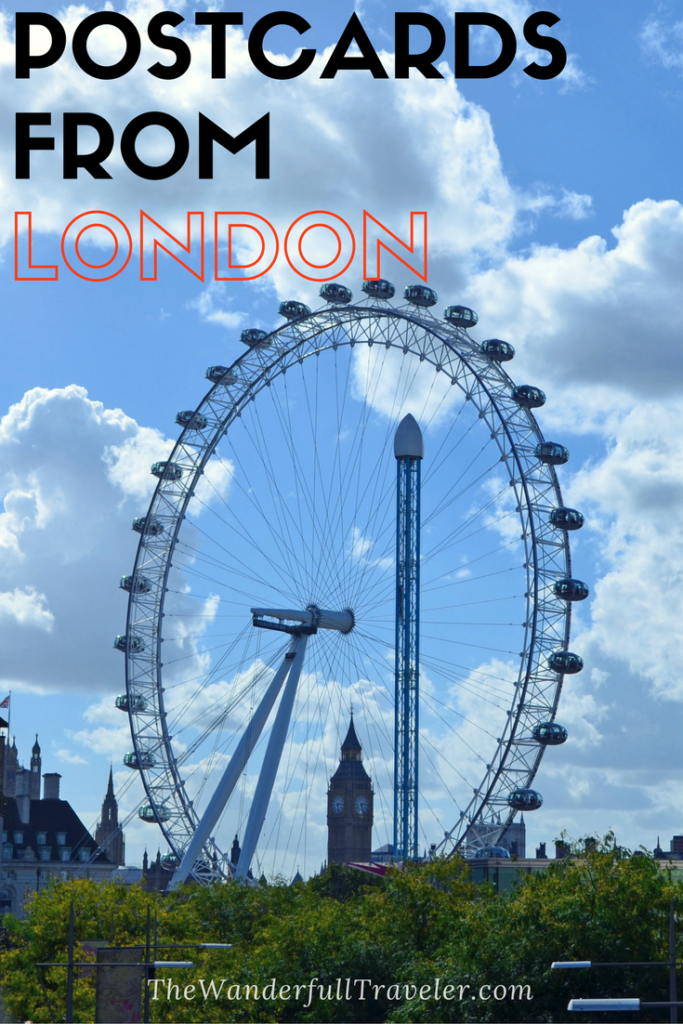 London was a whirlwind. A beautiful city as proof from our postcards from London. A busy city with tourists and people in suits rubbing shoulders in a rush to get to where they’re going. In most European cities that both my husband and I have visited the two sectors, historical/tourist and local business seem to marry well. In London however they seem to engross each other. This made for one busy city on the streets and the tube. And thank goodness for the tube! We were able to explore so much of the vast city in our 5 days of being there. We did all the touristy things as you’d expect for first timers to London. Some were worth our time and some were not but we know for next time.

While London definitely isn’t my favourite city I’ve ever been to it is one that hits close to home. Many of my ancestors lived there as patron of the arts and people of well to do standing. And as hard as I tried to absolutely love London I just couldn’t. I wanted to for the sake of my blood relatives but it turns out I am not as much of a city person as I once had thought. My husband is the same. We find solace in smaller cities and towns during our travels. We just couldn’t love Rome either. The vastness just overwhelms us. Oddly though, Paris felt like the perfect city with its distinctive arrondissements.

As I search for the reasons why we love some cities over others we learned, especially on our UK honeymoon tour, that it comes down to the people who live there. Londoners felt cold. As we sat in pubs people watching it simply felt as though we were in a city of business men and women. In between suits were tourists and we just couldn’t fit in.

Despite our sentiments, and believe me when I say that I understand how broad it may seem. No one in any way was rude to us but the city somehow lacked that je ne sais quois that sparks travel magic in our own sense. But what it lacked in warmth in the people we met it made up for in scenery.

The city reminds me a lot of Vancouver with its glass buildings. But add a vast amount of history and vigorously shake so that the glass buildings are juxtaposed in a curious and sometimes jarring proximity with the old and you’ve got London.

If London is on your bucket list I certainly do not want to dissuade you from going at all. You absolutely should and I am glad we did. I can confidently say your experience will not be the same as my own purely because that magic we all look for as travels is some unique combination of ones own.

So I ask you, what do you look for in a city?
Is there a city you just tried to love but couldn’t?