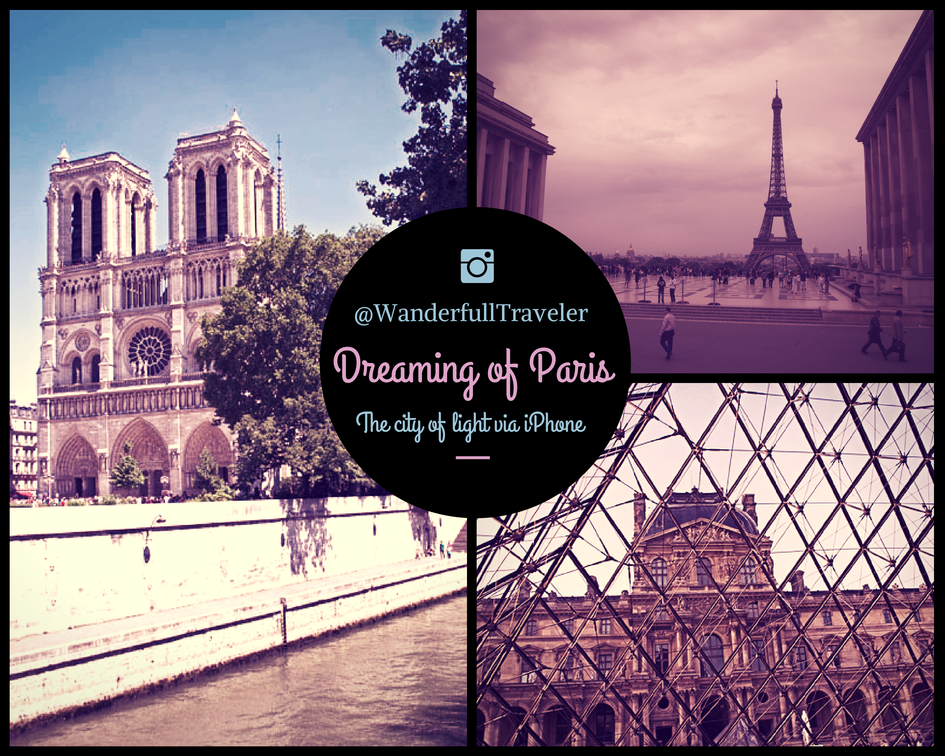 I can’t remember if it was when I was in high school while talking with my teacher about her travels to France and Germany or if it was when I tasted my first escargot but I knew the French had something going on and I wanted to be apart of it.
I just didn’t know when.

It has been a long time since the seed of traveling to France was planted in my impressionable mind. Finally, 2014, I was able to make it happen thanks to the stars aligning. One of those stars was meeting GowithOh in Dublin at the TBEX event. They would be the fuel to my jet pack, the “flux capacitor” to my DeLorean, the wind beneath my drone propellers.
Essentially, GowithOh was the reason I was finally able to make it across Canada, the Atlantic, back over Ireland and land in Paris.

I had imagined the exploration aspect many times before, studied the lay of the land, determined worthy monuments and arrondissements to linger over coffee or wine way before arriving. But when you get to Paris you can’t possibly be prepared for the whirlwind that will be your first time in the city. There’s so much to take in and your itinerary gets thrown into the Seine because it was unrealistic from the get go.

You imagined it to be a culmination of Midnight in Paris, Ratatouille and 2 Days in Paris and you were right. But it’s also a dash of Dali where time melts away faster than you expected in this dreamscape of past, present and surreal. Each day you’re already figuring out your return hopefully sooner than what you assume.

It came too soon, went by too fast and now can only be found in hazy memory, like a dream.

So what were my true first impressions of Paris? Cutting the whimsy and clearing away the dreamy haze placed upon the city by vexed celebrities like Woody Allen and Audrey Hepburn.
My first thought was that it was big, spread out yet everything was in sight. I could see the Eiffel Tower Notre Dame yet it was an hour walk away. I could see Sacré Coeur in Montmartre from the top of L’Arc de Triomphe yet it looked like it was so far away, teetering over the edge of Paris city limits about to fall into nothingness.

Of course, Paris is a walkable city. The metro helps keep the Eiffel Tower and Montmartre within reach, even if your feet are painful from the amount of walking in semi-fashionable shoes – I wanted to fit in with the Parisian girls yet stay comfortable. Little did I realize before arriving in Paris, the locals only wear black, white and grey. Colours oust you as a tourist immediately and the mugginess made me sweat more than your average Parisian. There was no way I was going to fit in. How do they do it?

As a British Columbian I was also shocked that the landscape was so flat. Other than the hill that Sacré Coeur sat upon there were no hills, no mountains in the distance only haze. I started to realize how British Columbian I was. I needed spectacular landscape sights and a downtown core that was walkable. Was I doomed to be dissatisfied with the city I dreamed of for so long?

Luckily my fate wasn’t so ill.

Despite my confusion over the natural landscape and the fact that I’ll never be a Parisian fashionista I was content that I could at least speak the language and feel comfortable with the French and their quirks. What some think rude I was completely fine with and even understood: The waiter needing to be flagged down rather than visiting your table every 15 minutes to check on you. The shop owner requiring you to say “Bonjour” before she’ll help you at all. The general introverted nature of the French, I especially get that one.

Personal space being invaded while standing in line…
I wasn’t OK with that one but I did expect it thanks to the book below.⇓

There are cultural norms that I had familiarized myself with before arriving and for that I was thankful for my overdone research. I was especially thankful for my parents placing me in French Immersion from grade 1 to 8 (until we moved to a small town with no immersion on offer). Without them planting that seed I may not have had such a fascination with the French country to begin with.

Want to make your time in Paris a little easier? Then learn the cultural norms and a little French before arriving in Paris. You’ll thank me for it!
A must read to help you:

The Sweet Life in Paris by David Lebovitz

I would like to extend a big thank you to GowithOh, as explained above, they provided my apartment rentals in exchange for my honest coverage.