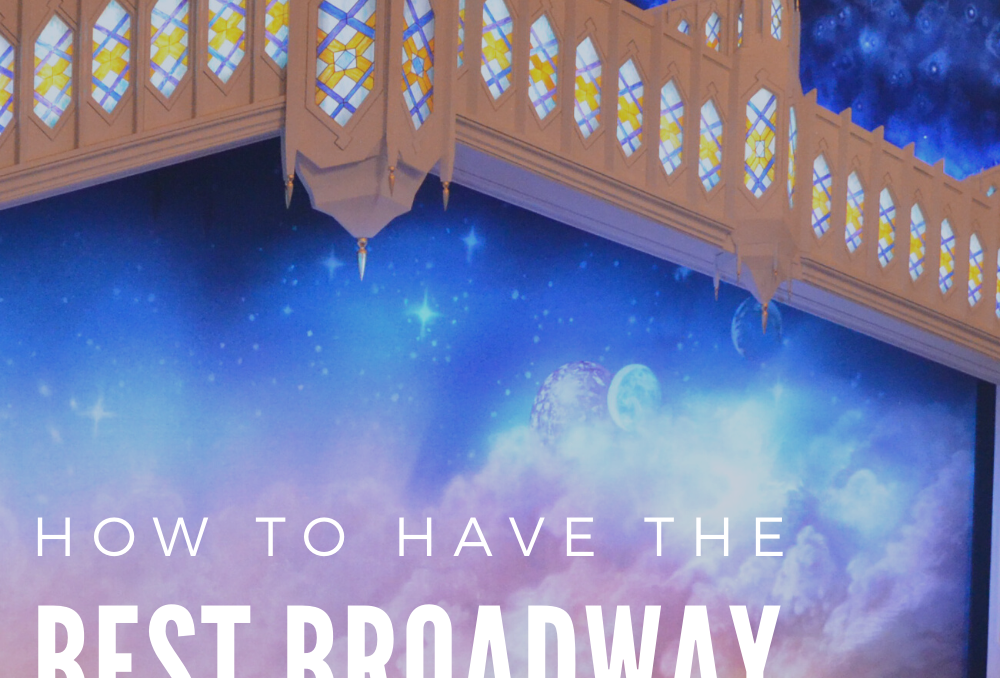 I’ve been to Broadway shows that were a hit then moved to places like Los Angeles and Vancouver. I’ve seen Wicked twice because it was such an epic show for a newbie. But it wasn’t until I saw my first REAL Broadway show that I truly understood how truly epic it could be. It was The Book of Mormon, probably the antithesis of what Broadway used to be. Now every other day you hear of a movie that’s being adapted for Broadway; The Karate Kid, Mean Girls, Beetlejuice, Aladdin, Frozen and the list goes on. Broadway is now, more than ever, mainstream.

But I digress. It is well worth finding the right Broadway play for you. There are still those classics and unique material that calls to the traditionalists out there too! But there are some things you should know before booking those tickets.

Brush Up on Broadway Etiquette

If you want to have a good time at a show, start by brushing up on the rules. Not only will it make sure you have a good time, but it also means everyone around you will get to enjoy the show. For example, don’t take photos or film during the performance.

My family also learned that if you see a famous person, don’t touch them…
My family and I walked into the Eugene O’Neil Theatre blown away by the ornate decor, the ethereal stage glowing like an altar at Christmas…when suddenly we ran into Annette Bening. Her petite frame was walking before us, just as we all were, trying to find her seat.

I was silent. My dad, on the other hand, was confident as if seeing an old friend.
“Annette?” He laughed as he placed his hand on her shoulder. “I thought that was you.”

She looked at us wondering if she knew us or if we were just fans. She realized it was the latter and gave me a look of annoyance. Later, my sister and I would run into her during the line up at the bathroom. I gave her an apologetic brow and scrunched my face, saying sorry without wanting to try and speak to her again. Yeah…don’t touch the celebs.

Plan Food and Drink for Before/After

When you’re going to a show, you might as well turn it into even more of an outing. Getting something to eat before or after the show, and having some drinks in the theatre bar will extend your fun and give you the chance to sample some fine NYC cuisine.

If you have dinner prior to the show make sure you have left yourself plenty of time to enjoy your meal AND get to the show. It may seem like an obvious tip but you do not want to be late to a Broadway experience, especially if you’re shelling out the dough!

Try to avoid the tourist traps because there are plenty of terrible restaurants and bars in the very populated areas like Time Square and even Chelsea. For food ideas check out my Best Food I Ate In New York post.

Of course, the show that you choose to see is also important. There are many options, including plays, musicals, and more. Some shows are designed to be interactive, while others are really for watching quietly. Performances explore all sorts of themes, with romantic stories, historical narratives, and lots of all-singing and all-dancing shows. Everyone can find something that they will enjoy.

Use the infographic below to find the right sort of show for your personality or experience you want to have in the iconic theatres of Broadway.

This post was brought to you by FatJoe Publishing. Occasionally, I accept sponsored posts to help pay for website costs. I make very little and only publish content that I believe my readers will benefit from in some way. All photos are my own and content was edited and partially written by yours truly.