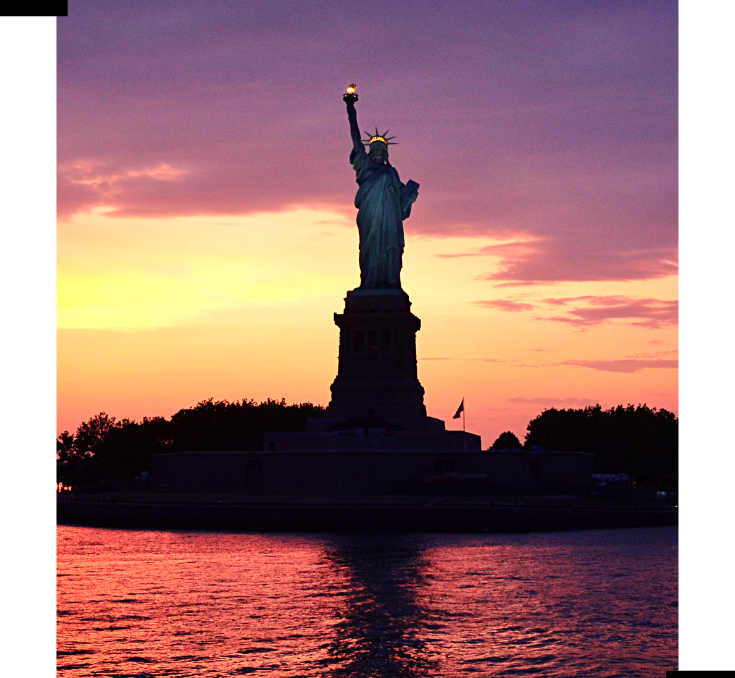 The best things I ate in New York?

New York is a plethora of restaurants and bars. It takes planning if you want to plot out your foodie path while there. As with travel, things rarely work out how you plan them and many restaurants we stumbled on by chance.

With so many restaurants and bars to choose from it can be a whirlwind of planning and making reservations. Many popular restaurants are booked up 2-5 weeks in advance so for those who like to plan I advise you to start 2-3 months before your departure date to New York if you have a special restaurant in mind (perhaps even further in advance if you’re traveling during a holiday).

For those who don’t enjoy deciding where you’re going to dine far in advance and want to keep schedules open I would recommend you hit the Grand Central Station Oyster Bar during your visit which is conveniently located in Grand Central Station (a place you should visit anyways). After you’ve checked out this iconic hub of transportation, film location and historic meeting ground with gorgeous art and architecture, as well as taking classic pics of the famed clock, head down to the lower level to the food court where you can find the 100+ year old Oyster Bar. At the food court you’ll find gelato, cafes, and my favourite, freshly shucked oysters and seafood. No reservations necessary!

The best I ate in New York? It was definitely an experience! It wasn’t the first time I had eaten at a Thomas Keller restaurant. In fact, this time last year I had found solace in the form of his Bouchon’s restaurant at the Venetian in Las Vegas after an underwhelming experience at Picasso’s (at Bellagio by Julian Serrano). Not only was Bouchon’s a delicious dinner but I found it more affordable than most in the city of bigger is better and more expensive.

Now I was on to try Keller’s Per Se in New York which has a much different atmosphere than Bouchons and requires the guest’s complete attention for three and a half hours of pure culinary pleasure. This is what three hours of eating Keller’s genius looks like….

Upon entering the famed blue doors of Per Se, after escalating three floors in anticipation  – and confusion of how those doors fit in with the cold glass architecture of the Time Warner Centre – the dinning room is quiet despite being filled with people both snobby and accepting but no matter the attitudes the fact is everybody waited at least a month for this moment. At Per Se you can only make a reservation one month in advance maximum and if you procrastinate a day or two (say 28 or less days before your desired date of reservation) you probably won’t get in.

I should probably mention that after a hangover and three days of staying up late and waking early that we thought about cancelling our birthday reservation at Per Se on the day of. However, when I called to do so the woman notified me that it would be a $175 charge per reserved seat (4 in our case). If we were to be paying no matter what we would most definitely be eating. Not only did we wonder what we were getting ourselves into but wether or not we belonged.

The following is true for all Keller plates: At the first moment of taste, I would call it a moment of conception, you are impressed with the flavours but then there is another moment a few seconds after conception and that is what I call the moment of ascension where the flavour rises to a new level of complexity and suddenly you realize that you don’t know when the next time you’ll have food prepared with such precise care and genius…but that’s okay because you still have so many courses coming, some you ordered and some that are complimentary. There are so many dishes coming your way during the three hour tour de food that by the end each dish served is verging on hilarious and you laugh because you are happy yet full or because you find the irony in being full and yet wanting to finish every last bite of a $1200 lunch that has lasted 3.5 hours. Plus you’re jet lagged and hungover.

One If By Land Two If By Sea

If I were to read Chef Colt Taylor’s techniques and cooking interests, like some culinary matchmaker’s profile it would have been a first blind date worthy of a second go. Chef Taylor is head chef of One if by Land, Two if by Sea restaurant in the laid back Chelsea district of Manhattan. As explained on the website, Taylor’s mother, Melissa Barbieri, is a fantastic fresco painter from Connecticut (I do love the arts) and is well traveled (hello? I love travel!). He learned his technique from chefs around the Western globe, from Austria to Miami and in the end favoured French cuisine above all.

Don’t get me wrong, this isn’t a French restaurant and doesn’t pretend to be but the technique is there. The tone of the atmosphere is set by the wall murals/frescoes (perhaps done by Barbieri, his mother?) and the dark wood which both call to mind a sort of Anglo Saxon/ Beowulf tavern with a lot of cozy charm. The dinning room and bar are dark, lit by chandeliers that appear to be floating at times.

There are gorgeous stained glass windows that emit shades of blue amongst golden candle light upon the tables. We were seated up the stairs above the chandeliers with a view of the dinning room below. The only natural light available to the restaurant was where we sat and revealed a rooftop garden. A perfect meal in Chelsea!

Man! I gotta say, so many bites were the best I ate in New York!
50,000 square feet of cheese, cured meats, seafood, pizza, pasta, bread, wine, cooking utensils, books, olive oils, face care and the list goes on at Eataly on 5th Ave, Manhattan. When you first enter the massive building it is an overwhelming experience trying to decide where you should go and what you should try first.

And would you believe that one of the best things we tried was olive oil?

Eataly was the brainchild of Oscar Farinetti who, in 2007 in Turin, opened a 30,000 square foot interactive shopping centre where you can eat, drink and learn about Italian food all while experiencing an open market. Now, with the help of Mario Batali, (my favourite) Lidia Bastianich and her son Joe Bastianich, you can find Eataly in Japan, Las Vegas, New York and, of course, Italy, as well as many other cities in the world!

A good starting point upon arrival is the wine bar or the La Piazza where you stand at a tall marble bar table and wait for their knowledgeable staff to take your order or make suggestions. I knew when I arrived I wanted to try something more than just your usual charcuterie-type platter. Our waitress suggested we give the sea urchin and grilled squid a try. I have never tried sea urchin but have seen it often on the travel channel on programs like Anthony Bourdain and Andrew Zimmern’s Bizarre Foods. But as opposed to these chefs cringing with an unpleasant taste and texture in their mouths they both seem to absolutely enjoy and recommend it to their viewers. Since trying it (and not being fond of the rich flavour and texture) I have found myself craving it as if it were butter.
But can I just say, as much as it is worth going on a dinner cruise, simply for these sunset photos, the food wasn’t anything to write home about.