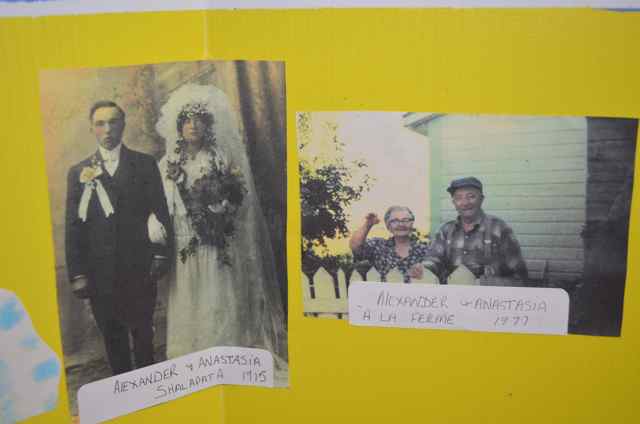 I would hardly call Regina a second home although it is where a lot of my family live and have lived since my great grandparents (on my dad’s side) arrived from the Ukraine just before World War I. As most Canadians know, the prairies was where many new Eastern European immigrants nestled their fleeing feet. The Canadian government, along with the very British attitudes of the Canadian people, did not treat the immigrants as well as they promised. The Daily Nor-Wester publication of Winnipeg in  1897 wrote:

“The dumping down of these filthy, penniless and ignorant foreigners into progressive and intelligent communities is a serious hardship to such a community. These people bring with them disease in almost every consignment … and their dirty habits render the stamping out of infection among them a very difficult matter.” – credit from MinorityRights.org

Even during the outbreak of World War I, as reported by minorityrights.org, Ukrainians who established a life in Canada, were mistaken as Austrians because they had immigrated through Austria on their way to Canada, and was noted on their papers. Furthermore, the collective encouraged the immigrants to not use their native tongue in front of the children, to try and assimilate as best they could and become more “Canadian.” Not quite the cultural “mosaic” that Canada has promoted itself to be in history. However, these repressed cultures (Ukrainian, Russian, Polish etc.) are still culinary represented in homes and small shops across Canada.

But in British Columbia you just can’t find such nostalgic shops still in operation as often as you can in Regina. Located just a short drive from downtown Regina is where the homes and a hodgepodge of random shops showing their age, and brick churches with kaleidoscopic stained glass windows appear. The smell of smoked meats floats along the unmanicured and potholed streets. I lost count of how many unassuming small Polish, German or Russian meat shops we passed along the way. We – my dad, mom and I – were going to the Ukrainian Co-Op. I have never been to any other meat shop but the Ukrainian one, with the towering black smoke stacks next to the parking lot, fuming away like those old Mickey Mouse Tugboat cartoons.

We have come for a lot of one thing – Keilbasa sausage – and at around $4-$5 Canadian per sausage ring, you don’t come back to BC without enough to last you the winter (4-6 rings with my family). Which meant that one unlucky victim (my mom) would have their suitcase and clothes smelling of garlicky goodness during the flight home.

To my surprise I was not allowed to take photos within the co-op without a written consent from corporate, however, I was able to get a few good shots of the main event. The Ukrainian Co-Op, other than meat, sells DVD’s on how to make Ukrainian eggs, the bright blue and yellow flag of sky and wheat, traditional clothing with embroidered red flowers, etc. One littler girl picked up a Ukrainian flag on a stick and twirled around the meat shop with it – something I remember doing when I was a kid in front of the Christmas Tree with a Vancouver Grizzlies Basketball flag (may they rest in peace in Memphis).

I was also fortunate enough to have my grandma make noodles for the entire family. A pain staking process that takes hours to make for a group of thirty or so. The noodles themselves are fairly plain, perfectly chewy and, I think, an old family recipe by my great-grandmother Anastasia. We all stop our boisterous conversations and sit down to slurp up the chicken broth, noodles and boiled chicken. Nothing could be more delicious and comforting, nor a more nostalgic reminder of where we come from and how lucky we are to be together to celebrate my cousin’s wedding.