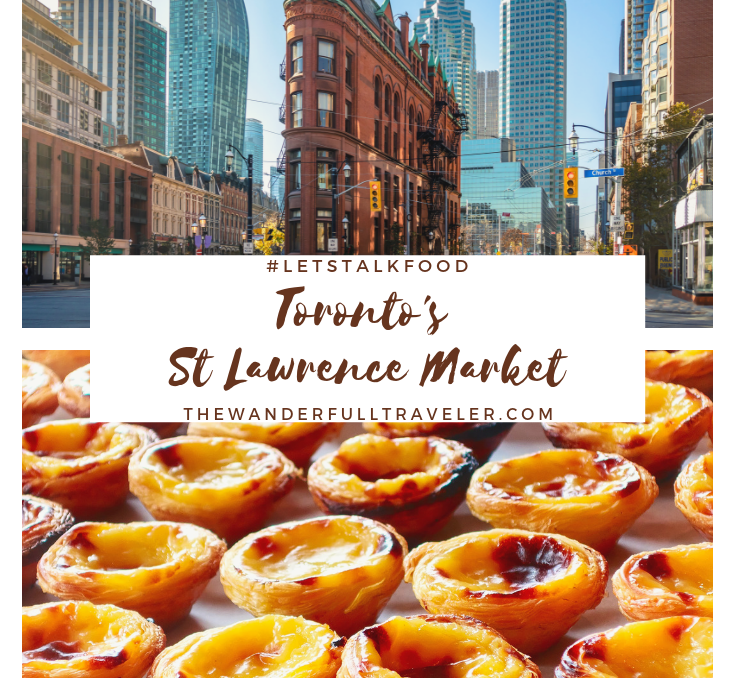 The St. Lawrence Market in Toronto was just recently deemed the world’s best market by National Geographic.
After my visit in May I understood why. It’s one of those special places that surpasses your expectations. It’s an in between space, not quite Canada, not quite Italian but a blend of all the cultures that shop there.

A cultural meeting place with the wide variety of fresh, gourmet and locally made products covering two stories, I was in foodie heaven (hey, I’ve been there before). I could have spent days exploring the variety of cheeses, breads, desserts, caviar, seafood, meats and so many other specialty items for Toronto and all over the world. Since I didn’t have a kitchen I stopped by the market to get my fill of family souvenirs and fill my face as much as I could. This included a stop at one of the most famous stalls, the Carousel Bakery.

Frequented by Anthony Bourdain, Emeril Lagasse and featured on a number of televisions shows from 6 different countries, it has become a pit stop for hungry locals and enticed tourists. You may have heard of its famous pea meal bacon sandwich served with nothing but bread and ham (no condiments). It was good although I would like to add cheese and mayo to it. But what I really loved about the Carousel was its Portuguese egg tarts. A gem I wouldn’t have found if my dad wasn’t so passionate about hunting them down after we had overheard a conversation praising the tarts as the best in the market.

An egg tart didn’t sound all that appetizing to me at first.

“What, is it like an omelet in a tart shell? A quiche? Are you searching for a quiche dad?”

We had almost given up hope after halving our pea meal bacon sandwich. We had scoured both floors of the market but all the while it was right under our nose – which was hidden by the massive sandwiches we had before us.
Halving the Portugese egg tart I understood the draw to these sunny spheres, not quite a dessert, not quite a savoury appetizer. Just a perfect in between. A sweetened egg custard baked to a crispy tinge of black spots on top.

“Do we have time for another?” I asked him, thinking of grabbing a box to and how to pack it onto the domestic flight back to British Columbia. We looked at the line which had formed while we feasted, probably the perfect free advertisement.

“Until next time.” He said and we bolted to Pearson airport saying adieu to the St. Lawrence Market.