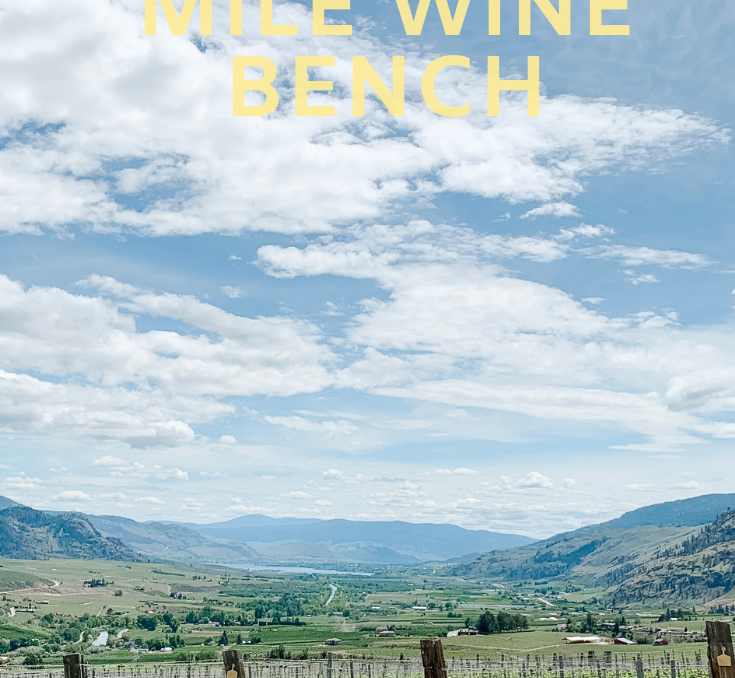 Being located in Kelowna I tend to tour the wineries in the central Okanagan. I’ve visited all the wineries and can recommend wines from each winery, where to take the best photos, which vineyards offer picnic tables, scenic vineyards, onsite restaurants and so on. But when it comes to the southern Okanagan I am still very much a student and revel in that fact.

Sometimes you need to get out of your own backyard and well…travel deeper into your backyard lol. The Golden Mile Bench in Oliver & Osoyoos are as south as you can get in the Okanagan, beyond that is the American border (Washington state & British Columbia).

Click the map below to explore some of the wineries I recommend.

Over May long weekend I was able to go further south in the Okanagan Wine Valley to the Golden Mile. Each town and city based in the Okanagan is very different from the next but the southern Okanagan is a world unto itself. The area is a sub appellation known as the Golden Mile Bench and consists of Oliver & Osoyoos. These two towns are located in Canada’s only desert equipped with cacti, rattlesnakes, owls and other little desert dwellers.

But unlike other deserts it has a multitude of fantastic wineries growing most of the Okanagan’s bold red wines. If you’re a red wine drinker this is the area you’ll probably want to focus your touring as opposed to Kelowna where the predominant red in each tasting room is Pinot Noir.

On the Golden Mile Bench you’ll most certainly find Syrah, Cabernet Sauvignon, Cabernet Franc, Malbec and Merlot growing than anywhere else in the Okanagan. This is because, due to its location further south and in a desertous area, it gets much hotter here than the rest of the valley. The climate helps develop the desired richness and flavours in the aforementioned grapes.

Another big difference from the rest of the Okanagan is the general tasting room experience. I found that appointments were preferred when touring the Golden Mile Bench.
Normally, in Lake Country, Kelowna and Naramata, you can get in and taste without an appointment. A tasting will normally take about 15 minutes maybe 30 minutes depending on group size.

This is not the case in Oliver & Osoyoos. The wineries sit you down, explain the terroir, talk about the history of the property/wine maker/winery owners and so on. Tastings on the Golden Mile typically run 45 minutes to an hour. Tasting fees are also a bit more pricey.

Here in Kelowna, and this is typical for much of the Okanagan, you can expect a tasting to be between $5 – $10 and is waived with purchase of a bottle. This wasn’t the case in the southern Okanagan. Tastings were $10-$20 per person and 50% might be waived with purchase of a bottle, although some do not waive tasting fees. It varies per winery of course, but it’s something you might want to look into if you’re on a budget.

But there is no denying the stunning vistas of the southern Okanagan. The skies look alive and the terroir covers mountains and borders lakes.

Have you been to the Golden Mile Bench?
What are some of your favourite wineries?