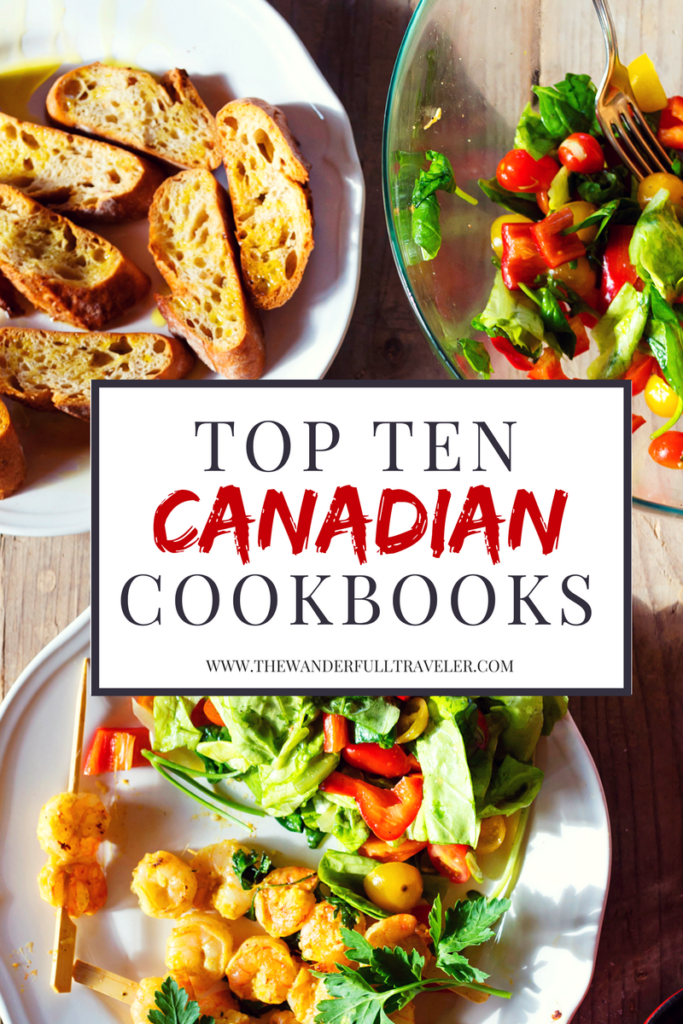 As Canada rings in its 150th year many are planning their own unique Canadian road trip. I’ve planned out a bit of a road trip myself from the Okanagan to Tofino stopping at vineyards and popular foodie gems along the way. I’ll be celebrating Canada Day, July 1st, in Tofino at The Wolf and Fog.

There are so many wonderful restaurants in Canada, especially in British Columbia, that do not get the recognition as I believe them to be worthy of. So I’ve decided to highlight my favourite foodie writers and chefs from here in Canada.

What is Canadian food?

Admittedly, we love our craft beer, Kraft Dinner, maple syrup and salmon eggs bennies but we also are home of award winning wines and spirits, the deliciously sweet Naniamo bar and elevated poutines.

But more importantly, Canadian food is multiculturalism on a plate. Multiculturalism was coined by Pierre Elliot Trudeau, our current Prime Minister’s father, who believed it was absurd that Canadians should all be alike. Instead of a melting pot Canadians sought to become a mosaic.

This last sentence would be considered cliché in any Canadian studies class because we’ve heard it so many times.

But I am proud that Canada’s food scene is so diverse with our past and present of immigration well represented. As a kid growing up in Norther British Columbia I was no stranger to Jamaican spices, Fijian and Indian cooking, Greek and Italian specialties all without leaving my own town.
In these cookbooks you’ll also discover the key to Canadian open-mindedness and the general welcoming attitudes represented through food.

Feast: Recipes and Stories from a Canadian Road Trip US / CAN

The blizzard may have kept us from Churchill, but Winnipeg’s @mcnallyrobinson now has signed copies of #FEASTtheBook! ?

This cookbook is the result of a foodie road trip between two friends, Dana VanVeller and Lindsay Anderson. Stories and recipes from Canada’s thirteen provinces with stunning photography can be found within its 300+ pages. If the cookbook is not yet available in a store near you then you can read the travelogues of the Vancouver based authors and friends widely awarded food blog EdibleRoadTrip.com. Coincidently, they met during a summer here in Kelowna!

Meeru and Vikram Vij are owners of Vancouver’s hottest restaurants, Vij’s and Rangoli. I can also attest that they have one of the best food trucks in Vancouver as well! Their upscale Indian food is coveted and has catered to Anthony Bourdain and Mark Bittman, among other famous foodies and royals. Vij has become a television personality making appearances of Dragon’s Den, Chopped Canada, Top Chef Canada and I even met him at the Devour Kelowna event in 2014. Other than his fame, this cookbook embodies being Canadian. We are all immigrants. I am the descendant of Ukrainian, British and Scandinavian immigrants who all came to Canada 100-105 years ago. Vij first moved away from India to study in Salzburg and Austria then headed for Banff Springs Hotel, Alberta, Canada.
This cookbook features recipes to make Indian cooking easy with recipes that take as little as 45 minutes to make on busy schedules of restauranteurs with kids.

The Butcher, The Baker, The Wine and Cheesemaker in The Okanagan      US / CAN

You might notice that my list has a bit of a western theme, as in their connections to the Okanagan. It’s my home. I love it. Not apologetic about it. Out here we’re used to cities like Toronto and Montreal getting all the praise internationally but the Okanagan wine valley is producing some of the best food in the country. This cookbook explains exactly why – the producers, the passion, the quality.

A fellow BC blogger, Julie Van Rosendaal of DinnerWithJulie.com, shares my love of Okanagan produce in this fruit-centred cookbook featuring recipes that showcase the awesome fruits that my home valley generates. Okanagan fruit is sought after across Canada and can even fetch ridiculously inflated prices in China (I heard rumour of $75 for a Strawberry!). But if you love fruit, no matter where you come from, this is the cookbook for you with recipes for soups, salads, delicious baked goods all with fruit as the star.

Ok, this is the last of the British Columbian authored cookbooks!

Rosie Daykin’s Butter Baked Goods shop is based in Vancouver and her famous cookies made it to the shortlist for one of Oprah’s Favourite Things but because she was a smaller shop that couldn’t yet handle the volume she didn’t make it to the final list. However, today you can find their products across North America and particularly their famous marshmallows in Urban Fare here in British Columbia.
I’ve included it on my list because of her recipe for S’mores Bars, gorgeous cakes and of course the cookies that put her on Oprah’s radar.

Today I spring cleaned my collections & I am purging. When it stresses me out, it’s time to de-clutter! Especially with Cookbook #2 in the works! I need space! Here is my newest display – ask any questions in the comments below! Also: watch my Instagram stories to get a really close look at a bunch of my collection! Just click my Instagram profile pic!

With this cookbook author we move to the prairies with Karynn Johnston, writer at TheKitchenMagpie.com. I think of her as Canada’s answer to The Pioneer Woman but with a bit more retro sass and, of course, is living in the Canadian prairies, oh and lots of Bourbon. Even though the prairies are western/central Canada I consider them to be like the Texas of Canada. Alberta Beef, oil pipelines, cowboys, it all very similar in my mind.  But this cookbook isn’t about family cooking on the homestead. It is classic baking with a modern twist. All desserts here: White Chocolate Saskatoon Galette, Stuffed Skillet Cookie, Rootbeer Float Cupcakes, and the prairie classic Flapper Pie.

An entire cookbook that celebrates maple syrup and the classic recipes from Quebec sugar shacks or cabane à sucre. Written by one of Canada’s most famous chefs, Martin Picard is the restaurant owner of Au Pied de Cochon in Montreal and now his own seasonal sugar shack available for reservations. This cookbook serves as a love letter to the tradition of the Cabane à Sucre and looks to preserve this part of Quebec heritage for future generations. With recipes like pancakes fried in duck fat, eggs in syrup, omelette souffle and even oysters with maple syrup! The cookbook features naughty photos and illustrations – a nude woman in a bathtub of maple syrup – and eight recipes that include foie gras with the occasional beaver tail, calf’s brains and caviar thrown in.
Pictured above is Martin Picard developing his own gin with, of course, maple syrup.

Toqué!    USA (not yet available) / CAN (only available at Chapters Indigo or French version on Amazon.ca)

A cookbook that not only includes recipes from the famous Canadian restaurant Toqué! but also the unique suppliers, kitchen environment and background of Normand Laprise. But also how Laprise looks to change the face of Quebec cuisine.

Island Kitchen: An Ode to Newfoundland     USA / CAN

Here in Canada we are privileged to have quality seafood from either coast. The Atlantic seafood is famed for its lobster and large briny oysters. But there’s much more to it than that. Chopped Canada champion, Chef Mark McCrowe has developed a cookbook that features the producers and traditional indigenous ingredients with recipes that update customs of Canada’s varied eastern coast.

With over 120 aboriginal recipes featuring ingredients from the land, sea and sky including stuffed wild duck, fiddlehead stir fry, BBQ oysters and wild blueberry cookies. Connecting the spirituality of the land with the feast presented on the table makes this one of my favourite first nations cookbooks. The author, Andrew George Jr is part of the Wet’suwet’en Nation in Canada and was the designated chef head chef at the Four Host First Nations pavilion at the 2010 Winter Olympics in Vancouver. You can find his more recent cookbook Modern Native Feasts in book stores as well.

I am sure I have missed some in deducing some of Canada’s top cookbooks to fit into this top ten list so I encourage you to share your own Canadian favourites in the comments below!