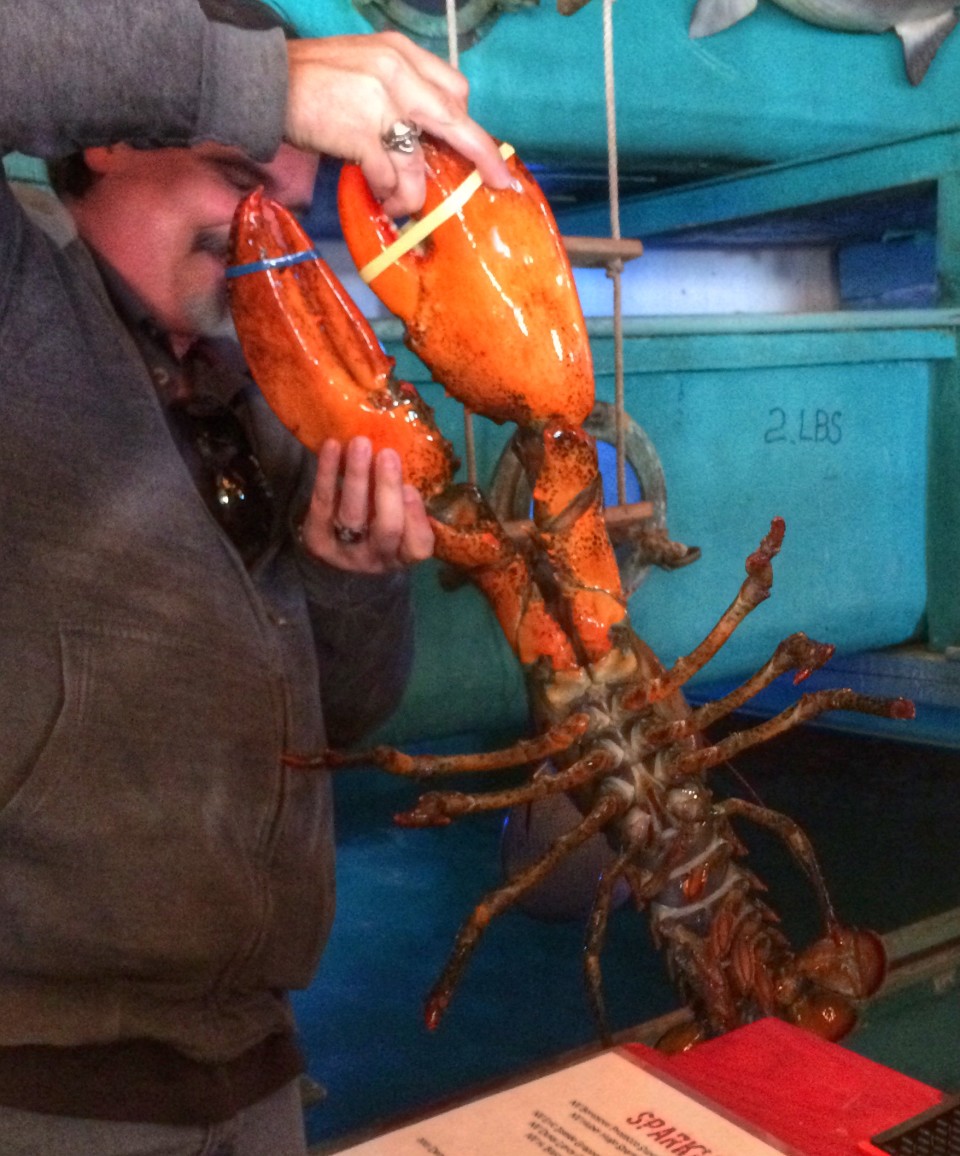 It’s tough for me to allow myself to be a tourist but little did I know it would lead to a lobster feast in Boston. I had no time to really dig in and research before my arrival. I was consumed by every LEED – Energy and Atmosphere, credits, requirements, green construction standards and so on. I passed thank goodness. But I quickly found myself wondering what am I to do in Boston (other than WITS)? Knowing I only had 3.5 days not including the time that would be taken up by the summit, I allowed myself to be a tourist.

During my first day I, my fiancé and sister wandered the streets. Naturally we started with the Freedom Trail, a free tour that is literally mapped out for you on the streets of Boston. Follow the red brick trail and you’ll find yourself covering much of downtown. It allows you to gain a perspective of the city without having to Google Map your way across town. Everything is relatively close to each other which I love in a city.

I even allowed myself to happily purchase a two day hop on hop off trolley ticket. The more refined travel writers would probably roll their eyes at this but I admittedly have become a fan of hop on hop off tours.

First stop, the Boston Tea Party Experience. Another very touristy thing to do in Boston but as a Canadian I’ve only hear snippets of American history. Mostly in the context of how it relates to Canadian history. I was taught that future Canadians were responsible for the White House being white – we burnt it and it then needed to be white washed over. Being known as a passive nation, my American readers might surprised to know that when we were taught about this aggressive action many of the kids in social studies were in a proud roar that day in tenth grade.

But I digress. The Boston Tea Party Experience was fascinating. Not nearly as cheesy as I had thought it was going to be and humbling. But it did leave us hungry for Boston’s best seafood. And as I stood on the dock of the replica British ship shouting “Dump the tea into the sea!” I looked across the harbour and spotted The Barking Crab in faded white paint upon a rusty red sign at the edge of the dock. The little research on restaurants I did do proved to be useful as this is known to be one of Boston’s best.

The little children from Virginia and Germany, members of our tour, threw the tea overboard, the tea chests dangling in the harbour like ice cubes, I was reminded of how thirsty I was and what I planned to order at lunch.

After the tour we beelined it towards this sign. Unsure of what we would find exactly except a delicious seafood feast was in store. We wandered inside and sat at the bar. It was a well used pub/restaurant. The bar was sticky from liquor and the old bleached rag used to clean it up. The ceiling was lined with small pyramid lobster traps filled with balled up golden glowing christmas lights. Behind the bar were three large pools of water that kept fresh large lobsters. Every now and again a tourist would ask to see one and the busy bar tender would break for a moment to grab their largest for photos. He would get back to it pouring and delivering endless drinks, taking orders, cleaning up, then starting over again.

Chablis and lobster rolls. Nibbles of my fiancés fish and chips which were massive and the best I have ever tasted. Watching the bartender in his ballet of work. Every now and then glancing over the tables to the window to see the very harbour that some say the Revolutionary war was inspired. The perfect lunch at an even more perfect location. I felt as though I had arrived. I was only then in Boston. It is a state of mind. And it is inebriatingly delicious.

Where’s the best lobster rolls or even the best seafood you’ve ever had?