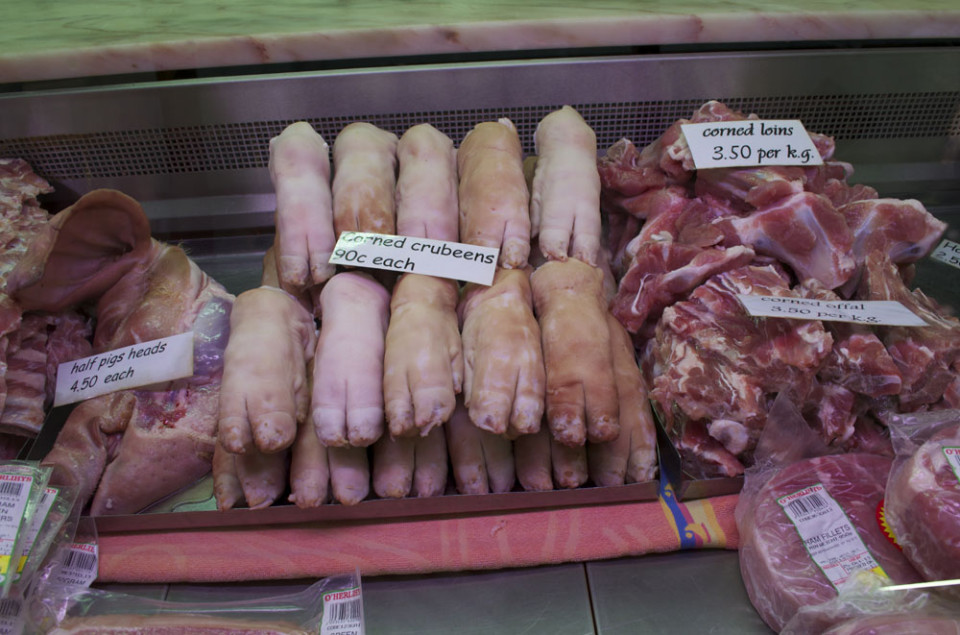 Day trips in Ireland, such as the one I took with Day Tours.ie , are different. The Irish guides tell you their nation’s stories of the past, present and potential future during your trip throughout the country side. I found it hard enough to choose where to go with only one day to spare away from Dublin. Inevitably, with my imagination seizing the better of me, I chose the Blarney/Cork tour with a stop at the majestic Rock of Cashel. In Cork you’ll be able to peruse the Old English Market but not before a bit of a history lesson.

While in Ireland, your imagination will always take over while exploring the country. It’s especially the case when you have a guide crooning their Irish heritage over the speakers capturing the essence and mood of each era. A moment that particularly stood out amongst the narratives of Vikings, kings and famine was the story he told of Michael Collins as we neared the city of Cork.

With his back to us as he drove the bus he took pause for a moment dropping his shoulders.
“As we enter County Cork we near the site where Michael Collins was ambushed and murdered.” His voice became softer as he spoke on explaining the significance of Collins, the Irish leader who helped to unite most of Ireland as a negotiator for the Anglo-Irish treaty. The fact that Collins was unable to negotiate all of Ireland into the treaty fuelled the split within the country and the Irish Civil War.

The guide began manoeuvring the narrow roads of Cork, passing colourful pubs where undoubtedly Collins would have been familiar with. Nearing the centre of Cork and passing a stark cityscape of industry our guide continued with the story.

Despite being one of the most understudied wars of our time our guide proclaimed most certainly that those who killed him were anti-treaty IRA members awaiting his arrival into Cork, Collins’ birth place.

The brutal history of Collins’ death haunted me as I toured the English Market. I wondered how often did he walk the same halls with an ere of destiny about him. His father, upon his death bed, told Collins and his three other siblings to look after their brother because he will become a great man. Do great things for Ireland. And perhaps he knew, die as great men do, tragically.

The English Market operated in conjunction with history. It was buzzing with tourists and locals pouring over each stall. A few vendors sold vintage clothing. Others sold antiques. One sold t-shirts and key chains hailing Collins in loving memory as the hero his father predicted. It was almost a shock to see his face after the story but oddly made a perfect ending to the story. I pressed on absorbing the atmosphere both nostalgic and quaint. My mouth was agape with all the cheese, jams, seafood, quail eggs, pigs feet, and pastries within each loggia of the covered arcade. Nose to tail dinning at its best with everything in between and beyond.

To visit the English Market, Cork, Ireland from Dublin you can book a tour with Day Tours.ie or take the train.