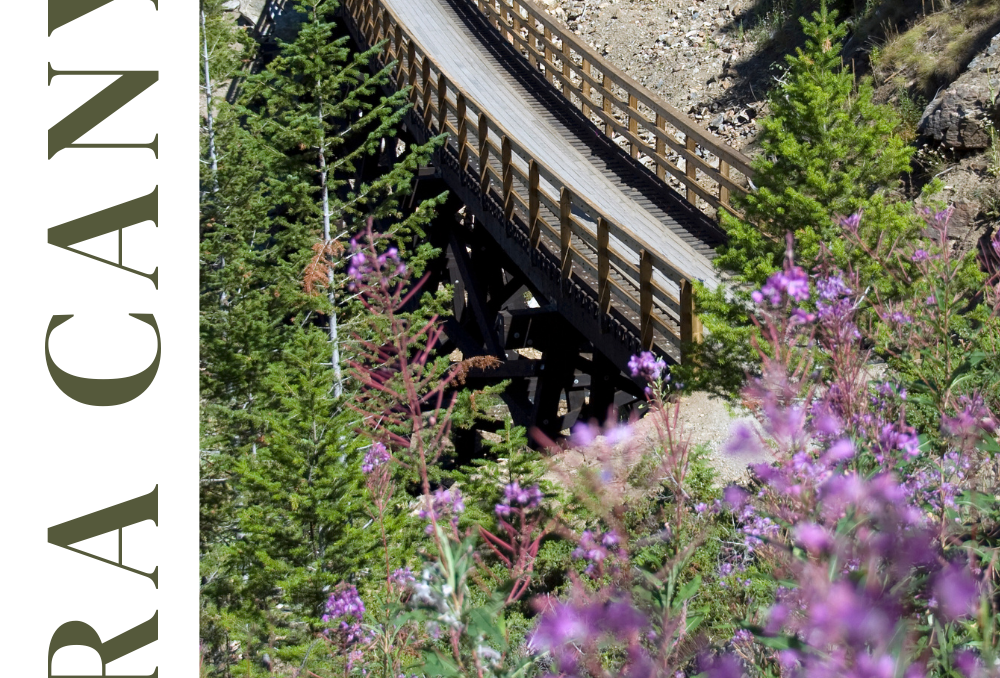 Ashamedly, I’ve only just now visited one of Kelowna’s most popular free attractions. The Myra Canyon KVR trestle trail is wildly popular with visiting Europeans, Americans and Albertans. Simply listen to the languages being spoken on the trail and you’ll hear British, German, Louisiana, Texan and the list goes on.

I’ve lived here since 2006 and have since adopted the city as my hometown. This summer has particularly been a summer of exploration as I have been taking up hiking in and around the city. This led to the discovery of my top 3 hikes in Kelowna. Some locals asked why I wouldn’t include one of the most popular hiking/biking trails in the city and certainly on TripAdvisor. Plainly put, I hadn’t been yet. I also understood this popular trail is very busy receiving over 60,000 visitors per year making a relaxing hike less so. Additionally, it is a better biking trail than hiking where you can cover much more ground, scenery and tunnels by bike.

However, I did hike it this past weekend making it 4 kms in seeing over 5+ Myra Canyon trestles and 2 tunnels. It was a great 2 hour (8 kms in total) hike but I wished I had brought or rented a bike. Luckily, if you’re not from the Kelowna area bikes are available for rent right in the parking lot but reservations recommended! By noon the bikes were all gone or reserved for those in the know.

The Myra Canyon Kettle Valley Railway was built in 1910-1915 and links Midway, BC to Penticton, BC. The railway was last used in 1972 and began to crumble making it unsafe for biking enthusiasts and hikers to use. It wasn’t until 1980 that the rails were removed by the government but the trestles remained and fell into disrepair. The area was very dangerous for the public to use and various incidents occurred. This led to the formation of the Myra Canyon Trestle Restoration Society in 1992.

Volunteers cleaned up the trail and even rebuilt the trestles to a safe state and visitors began to return and even flock to the KVR.

In 2003 there was a devastating fire here in the Okanagan wiping out many trestles and over 300 homes. You can still see the impact of the fire today in 2016 with rickety scorched trees standing amongst the recovering greenery. By 2008 the Myra Canyon KVR was rebuilt and open to visitors once again.

If you’re really into the history and the process that it took to create a railroad in such a tricky terrain I suggest you visit the Myra Canyon Trestle Restoration Society. They have full details of the adversity that the man behind the railroad, Andrew McCulloch faced in having it built. But there are also signs placed along the KVR explaining the significance of each look out point and portion of railway with a story.

If you want a real challenge some bicycling enthusiasts actually pedal from Myra Canyon all the way to the Naramata Wine Bench. Rewarding themselves with wine and amazing scenery after the 47 km trek.

Keep your eye out for wildlife. Although all I saw was a couple of very eager chipmunks looking for food and an eagle, be sure to be bear and cougar aware in these parts.

The Myra Canyon has a total of 18 trestle bridges for you to explore and with bike season coming to a close in the next couple of months I highly suggest it to be added to your itinerary. It is an easy trail perfect for all ages and offers some amazing history and views. Summer is busiest so if you’re a local and want to enjoy a leisurely stroll without the crowds go early or in the Autumn.