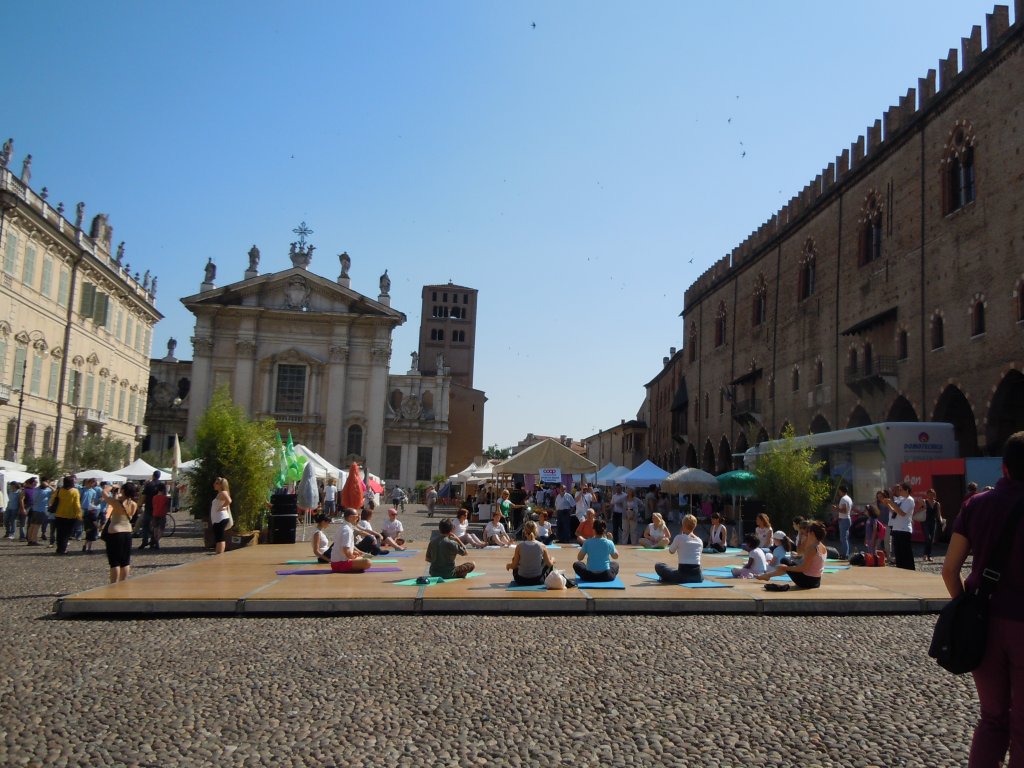 While on the topic of markets this week I must share a most unusual and exciting market in the small town of Mantua (AKA Mantova). You know…that place where Romeo was exiled from fair Verona? Well it turns out it isn’t such a bad place to be exiled after all!

I was scheduled for a presentation later that afternoon at the Palazzo Te, more specifically in the Sala dei Giganti (more on that in a future post). I decided to spend a few hours shopping around the large market that was held outside of the Palazzo in small square that provided a romantic atmosphere.

After touring the Palazzo Ducale (more on this in future posts) I headed over to see what the market offered in terms of entertainment, olive oil and unique gems to bring back to Canada with me. I found a large open air tent full of massage therapists giving FREE massages…naturally I signed up for it and had to wait 30 minutes.

While I waited for my turn I sampled some delicious olive oils, one of which had won awards (no way of verifying this) and so I bought a nice sized bottle for 5 euros. I, sadly, used up the last drops 3 months ago. The funny thing when you know French and you are learning Italian or Spanish, you fill in what you don’t know with French (or vice versa I am sure). So, I forgot to say Grazie after purchasing the olive oil and instead said “Merci!” A bakery was right next door in his own tent stall and shouted, “Ah Bonjour!” I found it to be a satisfying omen that I will succeed in my long time dream of going to France. Italy was my second choice and I had went for a fun way to fulfill 3 credits of third year Art History.

There was plenty of handmade jewelry, small antiques and delicious foods to enjoy as well as an outdoor yoga class. It was a different kind of market but a delightful one nonetheless!