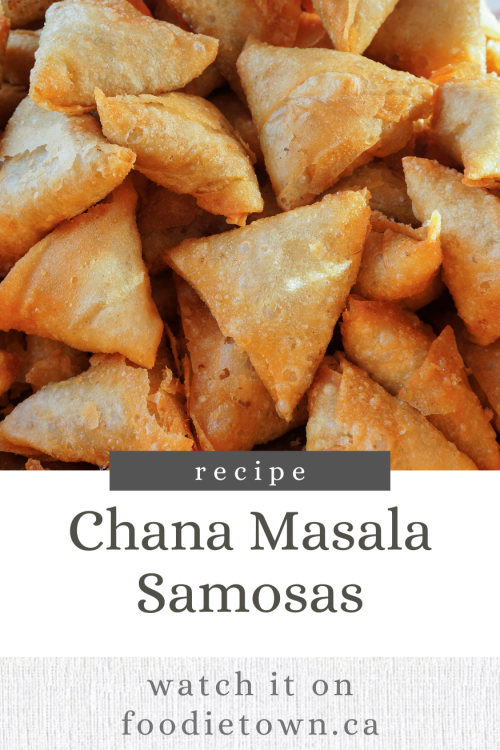 We at FoodieTown are so excited to add Breanna MacDonald as a contributor. Brea, or locally known as the hilarious foodie Instagrammer @Tablefortynine, has been creating delicious festive winter dishes, like the purple cabbage and bean stew, that double down on the nutrition, affordable ingredients and the flavour. We are so lucky to have her as our contributor allowing us to publish her recipes on our site.  But until then find her Patron account for recipes and tales of Sex & Sandwiches.

This recipe is ideal for the leftovers with my Chana Masala and yogurt flatbread. If you haven’t checked that out please have a look, make it, enjoy and then use the leftovers like so…

A little way to incorporate leftovers in a way that will have you coming back for more and more. And, making these makes for the most beautiful and cozy evening activity.

I first learned how to make these years and years ago from my mother’s friend Kelly’s mother. We were at her home with all of her brothers and sisters, there was a hockey game on which of course didn’t really interest baby Brea, so, I went upstairs to the kitchen. To this day I can still picture her kitchen perfectly. The smells, the colours, and the sound of the samosas in the kadai. I watched with such reverence as she folded and stuffed them with such precision and care, one after the other at times not even looking. She noticed me peeking, and silently brought over a small stool and sat it down next to her. Going back to her work she told me to come and try one. So I did, and it was not pretty. But here we are, years later, remembering that women in the kitchen can make a difference, sometimes, without even looking♥️

Again, I will never make these as well as she, or as well as thousands of other Indian and Pakistani mothers, aunts, sisters and chefs. To really learn about samosas, listen to the voices that truly matter ♥️

Did you make this recipe?

Did you make this recipe?