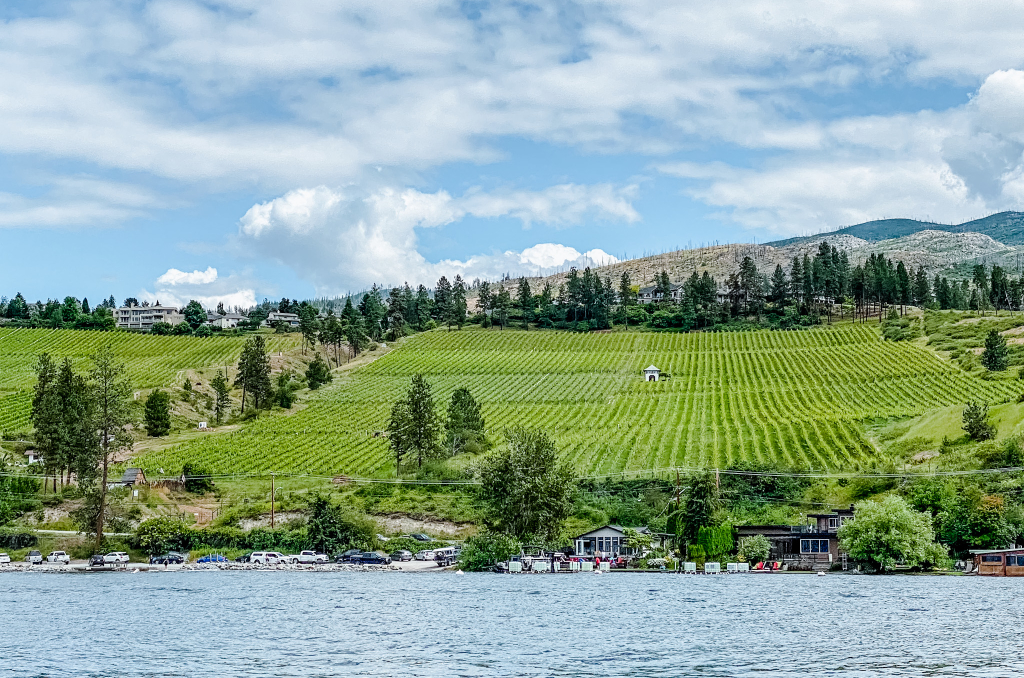 Welcome to Foodie Town! Formerly The Wanderfull Traveler for 10 years, I decided to shift focus (as so many did) during the pandemic. Now it is all about the cities and food that make Canada so great.

I live in the Okanagan which is a foodie heaven. Wine, views for days and an ever changing food scene that deserves international acclaim. Come take a food tour with me next time you’re in Kelowna!

Food excites me, it always has. More than that, it excites me to share my love of food. It’s how I express love, it’s how I heal, it’s how I flirt; it is everything. And the cooking thing, I’ve been doing it with the help of mentors for over 10 years.
I don’t want to brag, but I know how to crab, prawn, pluck a chicken, and milk a cow. Brea is founder of tablefortynine.com, an Okanagan based caterer and makes wicked recipes that not only help you save money but are nutritious!

Born and raised in Langley, I am the proud wine enthusiast That BC Wine Girl! While I am primarily focused on enjoying and promoting the amazing things that the local BC wine industry has to offer, my love of wine and travel collided in Europe where I was able to experience a lot of great food and fantastic old world wines. Just talking about wine gives me pure joy and I hope that I can impart some of that excitement with you!

Born and raised in Southampton, England, somehow he jumped over the pond to Canada in 2008 and unexpectedly, the food and drink thing started with our restaurant Poppadoms Taste India! With over 14 years experience in the food and beverage industry from bartending, serving to bar managing, you know you will be in good hands with your event or special day. Visit BarTravellingMan.com for cocktail classes, book the Bucelphalrus Bar or wedding services!

Cailin O’Neil is an award winning travel video blogger and content creator who has been running TravelYourself.ca for the past 13 years. In July 2020 she officially launched NovaScotiaExplorer.com to highlight all of the great things Nova Scotia and the surrounding provinces have to offer and to encourage more people to visit!

Taryn lives in Kelowna with her dog Ozzy. She loves going out for old fashion made with good bourbon, local wineries that make a good Cab and eateries that do things different. No chains.

I (Murissa) am born and raised in Canada. I have had the privilege of calling British Columbia home and have lived in the chilly north, the mountainous Kootenays and now the bountiful Okanagan. Throughout this province my fondest experiences have been food related.

As a child living in Prince George I remember my mom’s closest friends were Jamaican and Fijian immigrants who my sister and I would call aunty. They would cook jerk chicken, roti rolled with a slab of butter covering my fingers and gift us rhubarb fresh from their garden and dipped in sugar.
As a French Immersion student the French and Quebec influences were solidified and tweaked with each school teacher.

Then as a teen I reluctantly moved to Grand Forks, BC where I soon discovered the history of Doukhobors and their lasting hold on the Kootenay food scene. As a newbie to any town the food is always an easy “in”.

Now as an adult living in the Okanagan – my adopted home – with a husband who is a descendent of those Doukhobors, a love of travel and spicy foods, and two children in tow, I am always looking for what makes each town’s food scene tick. The past is never far when exploring the present food scene no matter where you are. You can gain a glimpse of its future in you dig in, keep an open mind and your curiosity keen.

Join my sister Taryn and I as we explore the towns and cities of Canada that have incredible food!

Want to contribute a guide or round up of your favourite haunts in your town? Get in touch!