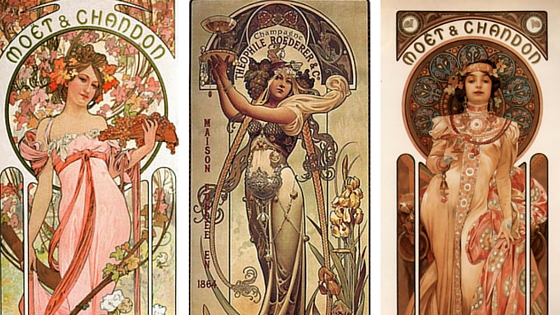 Endings, our topic in question for this month’s ArtSmart.
As we enter December we at ArtSmart begin to celebrate the end of 2015. At the same rate, I celebrate the end of NaNoWriMo, the reason why this blog has been dormant for the past couple of months. But I proudly come to you after writing over 50,000 words in 30 days and now here I am writing more. The end is never really the end now is it? Especially for a writer/blogger/story teller, the end is only the beginning of something else. Which brings me to my topic: Art depicting libations and celebrations. To see how my fellow ArtSmart colleagues interpret Endings scroll to the bottom of this post to find links to each post of their own.

December is a month where I like to let loose and celebrate more than any other. We celebrate when people pop by, with our work colleagues, our families and friends. We celebrate to ring put an end to the old year and ring in the new. That’s a lot of wine and spirits. Certainly I buy enough wine to keep the economy spurred in my little wine region of the Okanagan, and proudly so.

But wine and spirits have been used to celebrate both endings and beginnings since man first discovered fermentation. Art itself has been depicting spirits, elixirs and wine from its beginning at times symbolizing connection between this life and the next, humans with god, or simply overindulgence in a good time. With this post I hope to analyze the depiction of spirits in art within the context of specific artist and their subjects.

“because music was invented to keep spirits happy, as does wine”

The Musicians, ca.1595 by Caravaggio

Caravaggio’s allegorical painting, The Musicians, features the connection between music and love. Done at a time when religious secs were emphasizing and investing in music, the work shows the importance of music as a way to lift your spirit. It is surmised that The Musicians was painted for the Cardinal Francesco Maria Del Monte as was the first of many.

Looking at the painting itself we can see four characters, starting from left and working our way across the canvas we see a boy dressed as cupid plucking grapes. The grapes, symbolizing wine, show that like music and love, can emphasize spiritual celebration. The lute player, the central figure of the canvas is about to begin playing and overwhelmed with emotion he is nearly brought to tears. The boy with his mouth agape just to the side of the lute player is Caravaggio himself. He is looking to the viewer as he plays the horn. The figure nearest to us facing away is about to sing and with the lonely violin at his side it beckons the viewer to join them as they play tribute to religion, love and a bit of wine. Sounds a bit like my experience listening to the latest Adele album!

The Musicians is certainly one of Caravaggio’s more timid and light hearted works as I consider him one of the masters of blood and gore in the numerous Biblical beheadings he depicted during his career. Using chiaroscuro, employing complex psychological states and painting it all in realistic yet theatrical form Caravaggio is an important artist to know. One of the most interesting painters with a notorious history and mysterious disappearance I highly recommend watching this video documenting the intertwining of his life and art.

“Whenever the devil harasses you, seek the company of men or drink more, or joke and talk nonsense, or do some other merry thing.” – Martin Luther, Painter

Luncheon of the Boating Party, 1880-1881 by Pierre-Auguste Renoir

Moving to a more openly celebratory moment in time, Renoir’s Luncheon of the Boating Party shows some well-to-do middle to upper class types taking part in a mid-day party. Day drinking if you will. Exploring the canvas there are so many people depicted within this party you cannot help but allow your eye to wander to the small details of the light and shadows of the loosely painted wine glasses to the more shapely figures of men and women moving to and fro like leaves on a gentle breeze. The use of colour keeps our eyes jumping from one place to another and the use of the gaze as well. For example our eye is brought to both the woman with the dog because of the lovely orange colour upon her hat. That same orange brings us to the woman leaning over the rail, a sort of orthogonal point in the piece. But then our eye switches to see what she is looking at, the man brown and with his plain clothes we jump to the drinking woman at the centre of all the camaraderie. And with all the characters we let our eyes snake over the piece darting from one man’s gaze to a counterpoint who is gazing at another and so on. In using this little details he pulls our eyes in and out of the depth of the space he has so expertly created.

The loose brushwork he is famed for also adds to the overall atmosphere of the piece. We can hear the conversational hum, the laughing people, the breeze swinging that same lovely orange awning, the glass clinking and the water nearby. Speaking of which, if we take a look at the boats swaying and leaning they mimic the lean of the luncheon characters happy and merry with delicious food and drink.

“You can learn a lot about a woman by getting smashed with her.” —Tom Waits

Perhaps my favourite painting when put in the context of spirits and libations, Vermeer’s The Wine Glass is a most mysterious and puzzling painting. Unlike the other paintings we have been discussing, both subjects’ eyes are hidden by darkness or a emptied glass. The details of the painting need to be analyzed much more carefully but even in doing so the viewer must come to their own conclusion – no one is right and no one is wrong.

Let’s look more closely at why this may be. What we do see is a man wearing a hat and a cloak that would be more suitable outdoors. Either he has just arrived and has yet to remove his outdoor clothing or he is just about to leave. He pours this woman, of which we do not really have a sense of how they are connected, a glass of wine which she has just finished and eagerly he looks to her ready to pour another. Whether they are familiar with each other or not, he may have a plan to become more so with the help of the wine. The darkened painting upon the wall symbolizes a literally unknown story, much like the one the viewer is reading.

Reflected across from the woman is a stained glass motif that is thought to hold a message in temperance and moderation. Considering this popular reading this could be a foreboding moment where she has a choice of whether to indulge in more or stop. The angles and geometric positioning of the ajar window, the askew chair, and the checkered flooring all promote this idea of proper and improper, open and closed, the choice to set straight or allow a bit of angular chaos. Even the instrument sitting in the chair plays to this idea of choices – to play or not to play. In the end I see this as a tale as old as time, a saying as old as rhyme…”I’m in need of a drink.”

“Too much of anything is bad, but too much Champagne is just right.” —F. Scott Fitzgerald

The most relevant of my selections to our ArtSmart topic, Endings, is Alphonse Mucha’s work with the Champagne houses. What is the end of the year without a bottle of Champagne? Indeed as you read this I have a bottle of Veuve Cliquot chilling in my fridge to be popped tonight in celebration of the end of National Novel Writing Month. But I digress…

Rejected from the Prague School of Art, Alphonse Mucha moved to Paris looking to study art there at the age of 28. A late bloomer looking for work he was reluctantly recruited to do a poster for a Sara Bernhardt production. His signature long and narrow posters were printed in this way so that when observers would walk down the streets of Paris they would come eye to eye with the subject, in his first case Sara Bernhardt. She was ecstatic with the results and signed him to do costume and set design.

Mucha’s signature Art Nouveau style always focuses on a woman depicted almost nymph-like with long flowing wild hair entwining her body and straddling the frame. However, for his Champagne ads we can see he strayed from that. Instead, in the far left work above, he uses the grape vines themselves in place of the hair entwining itself around the body. The dirty work of collecting the grapes during harvest is made elegant by this goddess of Champagne as she presents the grapes in a cornucopia.

The centre piece is much more forward in its approach presenting the finished product, the golden bubbly as what looks like the hands of a Viking-esque woman. The long tendril braids, the mix of natural elements and curves with metallic hardware and netting makes it a regal and almost ancient elixir for the most deserving – of course the viewer. The woman hoists the cut up as if to present the esteemed drink to it’s viewer.

The furthest right work is much different in that it presents a modern woman, bohemian in dress but the head piece would have been a latest fashion during the Edwardian stage of dressing after moving out of the Victorian and into La Belle Epoque/Art Nouveau stage. With this in consideration Mucha is placing the female viewer in place of his nymphs. He is saying with this ad, look what you can look like with a glass of regal and fancy bubbly in your hand.

Lizzie of Wanderarti wrote: The Significance of Skulls in Art Around The World